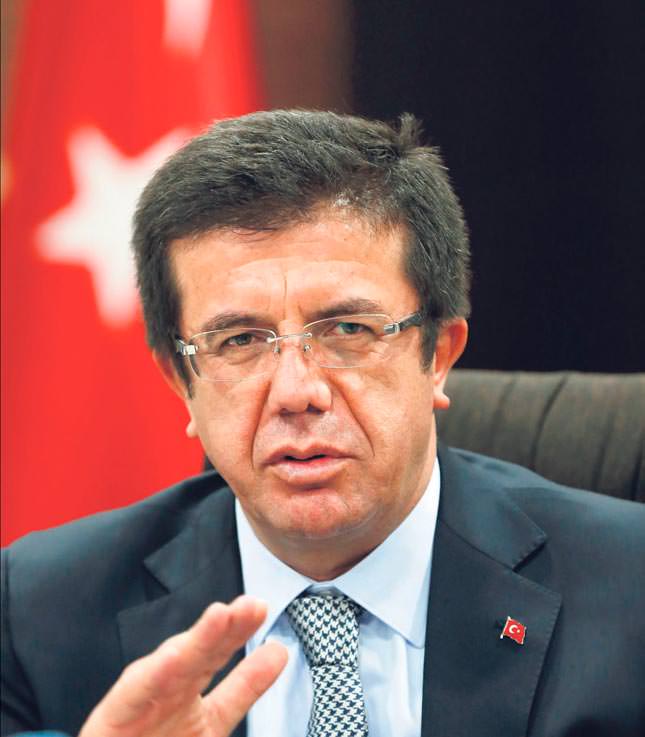 Istanbul (AA) - Zeybekci said that whenever the EU signs a free trade agreement with third parties, the countries in question are automatically entitled to a free circulation of goods, both within the EU and Turkey, whereas Turkey does not enjoy the same privilege in the third-party state. "This is neither acceptable nor sustainable," he told reporters after a meeting with EU Trade Commissioner Karel De Gucht. Zeybekci said that negotiations have resumed over a Customs Union agreement with the EU, which was created with an expectation of full membership in the short term.

The Economy Minister suggested that in the event the EU signs a free trade agreement with major economies, such as the United States, Canada or India, it would have a tremendously negative effect on the Turkish economy and such damage would be impossible to compensate for. "No third country should be able to be a party to such agreement.

We think it is unacceptable," he said. Zeybekci added that the EU Trade Commissioner agreed that the Customs Union needs to be upgraded, modernized, and made more acceptable and sustainable. "We decided to set up a committee and technical team to start working right away. We believe that there will be positive developments," Zeybekci said, referring to their goal of ensuring that Turkey automatically becomes party to FTAs signed between the EU and third-party countries.

Zeybekci went on to say that the two sides also discussed the recently resolved transit pass row with Bulgaria, where Turkish trucks were kept waiting for 12 days in February at Turkey's Kapikule border gate by Bulgarian authorities. "We see this as a de facto suspension of the Customs Trade Agreement," he said, referring to an article within the agreement which states that free circulation of goods within the scope of the Customs Union agreement may not be hindered, restricted or subjected to quotas within the EU member countries. "We will keep monitoring the situation, and take legal action if necessary," the minister concluded.