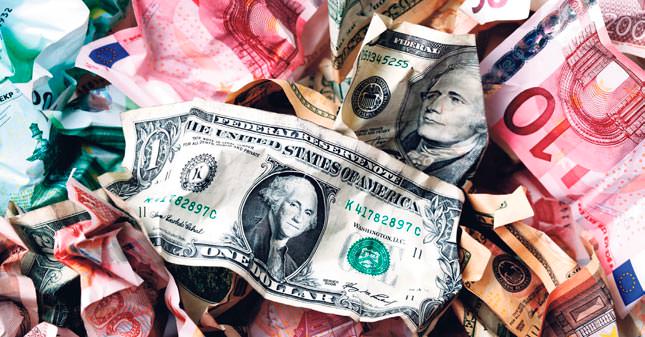 Shrugging off concerns over the possible war in Ukraine, famous investor Warren Buffett says, "The last thing you'd want to do is hold money during a war. You might want to buy a farm or own a house "

New York (AP) - World famous moneyman Warren Buffett appeared to shrug off concerns over the Russian military's movement near and in Ukraine's Crimean region and offered a bullish outlook on the U.S. economy and the stock market in a wide-ranging interview on CNBC, an American business news channel. In a live interview on "Squawk Box on Monday," the chairman and CEO of Berkshire Hathaway said, "When I got up this morning, I actually looked at a stock on the computer [for] the trades in London [of a stock] that we're buying, and it's down and I felt good." When asked the name of the stock in which he invested, he would only acknowledge that it is an "English" stock. "We were buying it on Friday, but it's cheaper this morning and that's good news." Will he buy more? "Absolutely."

Buffett said that would be true even if he knew Ukraine would turn into a major conflict. "You're going to invest your money in something over time," said the magnate. "The one thing you can be quite sure of is if we went into some kind of very major war, the value of money would go down. That's happened in virtually every war I'm aware of. The last thing you'd want to do is hold money during a war. You might want to own a farm, you might want to own an apartment or house or you might want to own securities. During World War II the stock market advanced."

Buffett recalled that he bought his first stock in 1942, just after Pearl Harbor, when the macro situation did not look very good either. Buffett also rejected the idea the U.S. stock market is "rigged," as the size is too vast for such a conspiratorial undertaking. "It's pretty hard to rig $20 trillion-plus," said Buffett. He said he does not think of the stock market as a market at all, but instead the representation of "American business."

Echoing a theme from his letter to Berkshire Hathaway shareholders released Saturday, Buffett said nonprofessionals do not need to be experts to do well with stocks. Buffett said that in his will he recommends that 90 percent of the money left to his wife go into an index fund. When asked why not Berkshire stock, he said, "That would be fine, too," but he does not like "touting" it.
On the U.S. economy, Buffett said the moderate but consistent growth that started in 2009 is continuing and reflected in the performance of Berkshire's businesses, although bad weather is "certainly" a factor.

On the debate in Washington over raising the minimum wage, Buffett said it "cuts both ways" and he could "argue either side of that."
He does think it makes sense to increase the earned income tax credit to help the working poor, saying the tax credit is "the better way" because they accomplish "way more" without the negative and difficult- to-quantify effects of raising the minimum wage.
RELATED TOPICS