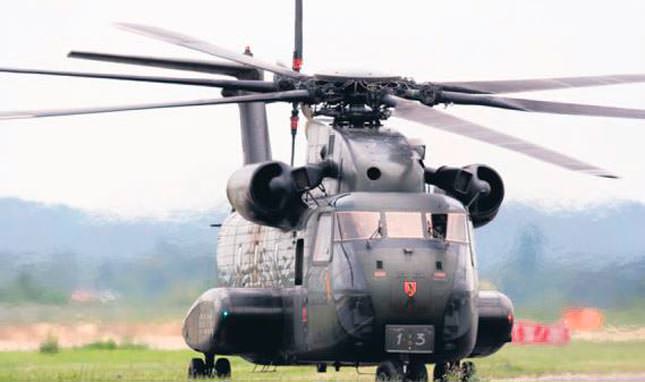 by Mar 06, 2014 12:00 am
Istanbul (Daily Sabah) - As Turkey signed a $3.5 billion contract with U.S. helicopter manufacturer Sikorsky Aircraft for the coproduction of an initial batch of 109 utility helicopters, a Turkish company won a substantial deal under the same contract.

Aselsan officials said that under the contract, the company will be tasked with critical parts, including a new glass cockpit, multifunction displays, a flight management system, a moving map system, an inertial navigation system, GPS, an identify friend-or-foe system, advanced radios and a self-protection system.

Turkey in 2011 selected Sikorsky as its partner company to lead the production of the country's nextgeneration utility helicopters. Sikorsky defeated Italian-British AgustaWestland by bidding its T-70, the Turkish version of its S-70 Black Hawk Iternational.

The first batch will be for 109 utility helicopters, but with follow-on orders, more than 600 platforms could be built at a cost of more than $20 billion, defense analysts said. The Pro ject's 'Firsts '

3. Within the frame of this project, the engine of T-700 Black Hawk, made by General Electric, will be produced in Turkey and exported abroad.

4. For the first time, a Turkish company, ASELSAN, will provide a cockpit design for a foreign company, Sikorsky. These cockpits will then be marketed and sold together with helicopters to the international community.

5. There will be a 67 percent national Turkish industrial participation in the project.

6. Sikorsky made a commitment to use the capabilities of Turkish national industry for the first time with this project. The total commitment is $1.4 billion and will be completed in 30 years.
RELATED TOPICS