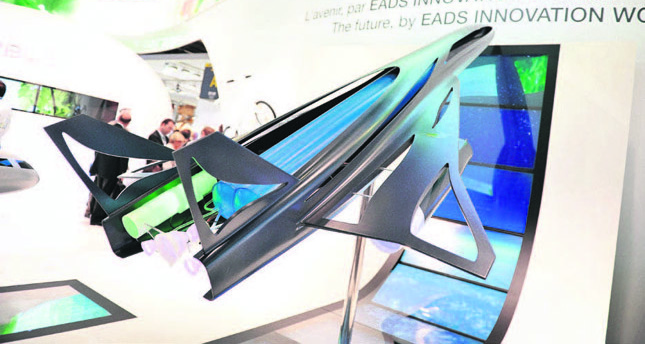 The SonicStar aircraft by the British firm Hypermach was initially funded by wealthy backers. The company is now in talks with potential Gulf partners to fund the building of a prototype

Dubai - A British firm is in talks with Gulf investors to bankroll the development of the next generation of supersonic jets, which when launched in 2023 would fly passengers from New York to London in two hours. U.K. firm Hypermach has been developing the SonicStar aircraft since 2008.

The project was initially backed by wealthy investors but the company is branching out to potential Gulf partners to fund the prototype to be completed within the next decade.

Richard Lugg, CEO of Hypermach, told Arabian Business the company has had "several - five or six - fairly interesting and serious discussions" with funds and financial institutions in Abu Dhabi, Qatar, Kuwait, and Saudi Arabia. "We have been working the area since 2009," said Lugg. "Ideally we are looking for a partner who will see the long-term view, at least a decade plus, to finance this project and scale to a manufacturing scenario with viable prototypes. We are positioned with the capability to bring that kind of expertise into the region or country and build something from the ground up."

The SonicStar jet will be designed to reach speeds of up to Mach 3.6, which is 2,740 miles per hour, and will fly at around 18,300 meters. The propulsion is projected to be 30 percent more fuel efficient than the Rolls Royce Olympus 593 engine, which ran on the Concorde supersonic jet.
The new jet could also fly from Sydney to the U.S. in around five hours. Lugg estimated that the project will need around $2 billion to $3 billion in funding to get it to a prototype stage. Engine testing began in 2005 and its initial results led to a contract with the U.S. Air Force and Rolls Royce.

Arab investments have funded similar projects. The Abu Dhabi government's Aabar Investments bought a 35 percent stake in Richard Branson's Virgin Galactic in 2009 for $300 million. Branson told reporters last month he believes his space travel company will one day rival Emirates Airline in offering long-distance travel by air. Branson said the first commercial flight - with him, his wife and their two children on board - is expected to launch within a few months. He expected regular passenger services to be in place in about 12 years, offering a real alternative to airplane travel.

Built by the British and the French for transatlantic travel, the Concorde was the darling of the aviation world when it made its debut in March 1969, but was retired in November 2003 after low passenger interest following a July 2000 crash and high maintenance costs.
RELATED TOPICS