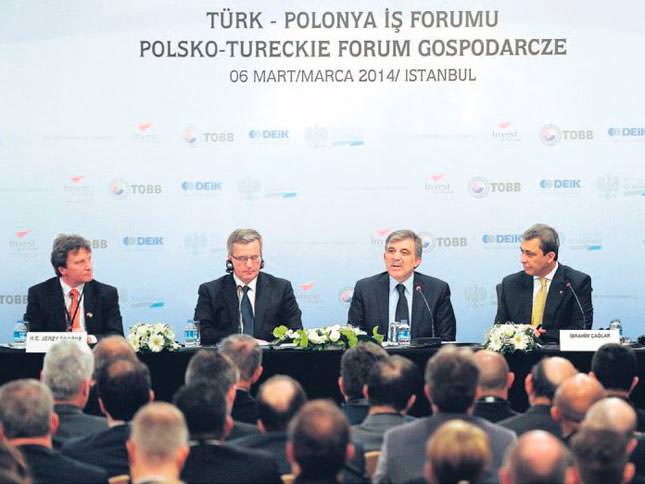 by Anadolu Agency Mar 08, 2014 12:00 am
Istanbul - Turkey's President Abdullah Gül said Thursday that trade between Turkey and Poland reached $5.2 billion, a tenfold increase over the last decade. Speaking in Istanbul at the closing session of a series of events marking the 600th anniversary of Polish-Turkish diplomatic relations, Gül said world trade increased threefold but that trade between Turkey and Poland went up far more than this.

Noting Turkey increased its exports by 8.5 percent, Gül said, "We have a win-win trade relationship with Poland and we can double this trade certainly in the next 10 years. The two countries have a strong macroeconomic equilibrium for that." Poland's President Bronis³aw Komorowski lauded the two countries' visa exemption scheme and said Poland seeks to attract foreign capital while emphasizing the importance of Turkey in the international realm. "I think there is potential in Turkey," said Komorowski. "We can be more effective and stronger together in the third world."