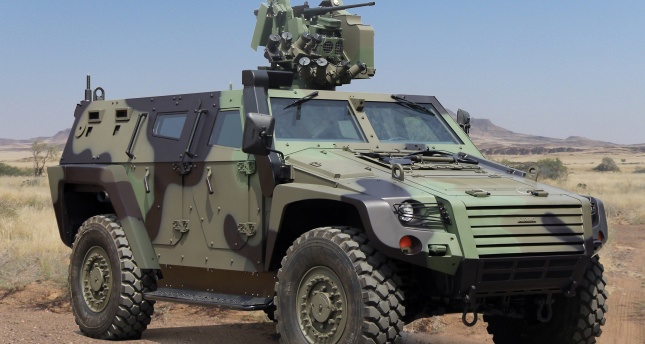 by daily sabah Mar 10, 2014 12:00 am
Istanbul - Turkey's leading armored vehicle manufacturer, Otokar, announced that it won a $24.6 million contract from the United Nations. In a news release, Otokar said the contract was for an unspecified number of the company's Cobra vehicles. The U.N. will use the Cobras in peacekeeping operations, the company said. "Cobra, used by the armies of 15 different countries, is Otokar's best-known vehicle. Turkish security forces use the four-wheel-drive Cobra for reconnaissance and area control," said Serdar Görgüç, CEO of the company.

Otokar reported 40 percent growth in 2013, with sales of $117 million. The company also developed the Altay, Turkey's first domestically produced, newgeneration main battle tank. In 2008, Otokar signed a $500 million contract with the Turkish procurement office and the Undersecretariat for Defense Industries, to produce four prototypes under the Altay program.