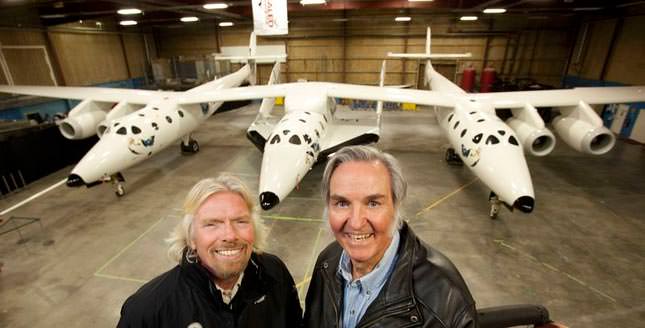 by daily sabah Mar 12, 2014 12:00 am
Dubai - Billionaire entrepreneur Sir Richard Branson has revealed he wants to build hotels in space if his space travel company, Virgin Galactic, is successful.

Virgin Galactic - backed by the Abu Dhabi government's Aabar Investments - is expected to launch its first space flight within three months, marking the first commercial trip into outer space in history. Branson, who also spoke about his plans to launch commercial space flights between London and Australia, said if the flights are commercially successful there were plans for space-related enterprises. "If we can get enough people wanting to fly, we can start building Virgin Hotels in space, we can start doing trips to Mars, we can colonize Mars, we can start pulling asteroids back to Earth to see what minerals they have got in them," he said during an interview on the Jonathan Ross Show in the U.K. Abu Dhabi also will potentially play a key role in the future of space travel after Aabar Investments bought a 35 percent stake in Virgin Galactic in 2009 for $300 million. The company is planning to build a space port in Abu Dhabi, which would make the emirate a global air space hub.