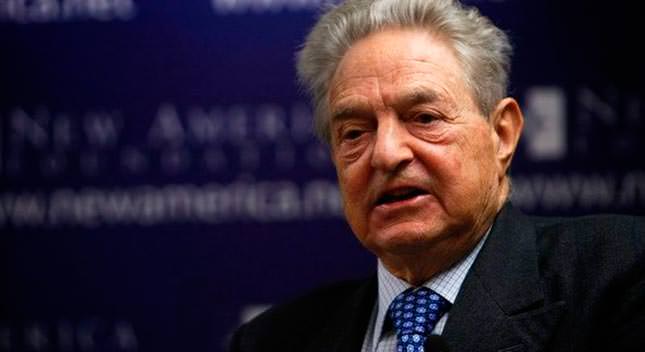 by Daily Sabah Mar 14, 2014 12:00 am
ISTANBUL – Bilionaire investor George Soros said Europe faces 25 years of Japanese-style stagnation unless the continent's politicians pursue further integration of the currency area and change policies that discourage their banks from lending to private businesses. While the immediate financial crisis that plagued Europe since 2010 "is over," the continent still faces a longer-lasting crisis that divided the region into creditor and debtor nations, Soros said in a Bloomberg Television interview on Wednesday. Banks have been encouraged to pass stress tests rather than boost the economy by providing capital to businesses, he said. Europe "may not survive 25 years of stagnation," Soros said.

"You have to go further with the integration. You have to solve the banking problem, because Europe is lagging behind the rest of the world in sorting out its banks." Sweden's Prime Minister Fredrik Reinfeldt added his voice to those cautioning against complacency as he warned of a "very weak" recovery in Europe.

Soros, whose hedge fund grew about 20 percent a year on average from 1969 to 2011, has been a constant critic of how the eurozone was designed and of budget cuts imposed on indebted nations such as Greece and Spain at the height of the crisis. He said more "radical"policies are required to avoid a "long period"of stagnation.

European bank shares are "very depressed," making it an attractive time to invest, Soros said. Still, he said it is going to be a very tough year for lenders as they try to shrink balance sheets and boost capital to pass stress tests conducted by the European Central Bank (ECB). The ECB will analyze lenders this year to determine whether they could survive an economic crisis. ECB chairman Mario Draghi has said he is determined to convince investors that the health check is thorough and credible.

Soros also said Ukraine should serve as a "wake-up call" for Europe because the political turmoil the country now faces stems in part from the same problems that triggered the region's financial crisis. The European Union required too much of Ukraine and offered too little as the country attempted to join the political bloc, he said. That enabled Russian president Vladimir Putin to fill the void and gain power in Ukraine, he said. "Europe needs to rediscover its own European identity instead of each country just pursuing its own national interests and getting further into conflict with the others,"

Soros said, adding that he hoped Europe passed the test in Ukraine. Soros, who made $1 billion betting against the U.K. pound in 1992, added that a British referendum on leaving the EU would be "disastrous" because it would cost the country jobs. U.K. growth has been fueled by multinational companies selling goods and services to Europe, so it would be "suicidal" if the country left, he said.