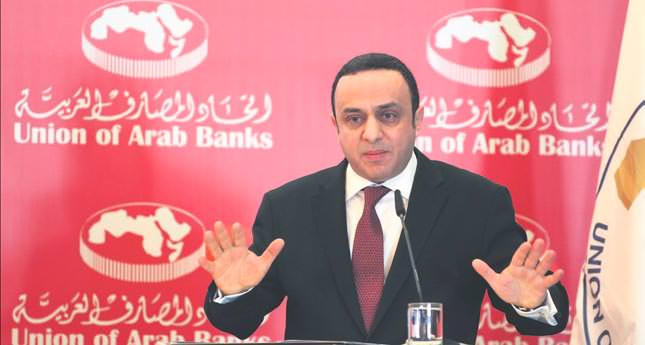 The head of the Banking Regulation and Supervision Agency says that the impact of the financial crisis is still being felt around the world, but that foreign money is still pouring into Turkish banks

ISTANBUL – Under the leadership of Deputy Prime Minister Ali Babacan and supported by the Arab Banking Cooperation and the Banks Association of Turkey, the third Arab-Turkish Banking Dialogue has finally begun.

In addition, the uncertainty will lead to fragility and financial instability. Therefore, political sustainability cannot be achieved without financial sustainability, which is considered one of the main elements of economy. We feel sorry about the uncertainties within the MENA [Middle East and North Africa] region. There are many internal conflicts. Due to the current uncertainty, the conditions of regional countries and the Islamic geography have been worsening.

It may also bring with it a high cost for us and future generations. The political and financial problems within the MENA region make the expected solution more difficult to solve. The region's growth rate is under the average rate of emerging countries. It is not possible to mention financial progress under such conditions." Emphasizing that Turkey was not affected heavily by the worldwide financial crisis, Öztekin said, "This success has been achieved due to contributions by the public and private financial institutions under the leadership of Turkish government."

The chairman of the Bank Association of Turkey, Huseyin Aydin, said the financial sector in Turkey is still in a transitional period and has continued to grow.

Aydin said the total assets in Turkish banks total $813 billion and more than 50 percent of the increase of Turkey's balance sheet was financed by domestic deposits.

Nine banks headquartered in member countries of the Union of Arab Banks have become operational in Turkey and 11 banks headquartered in Turkey have become operational with their branches and representation offices in Arab countries, Aydin said.
Turkey's foreign trade volume with member nations of the Arab banking union was $45 billion in 2013. "This amount is still low, as it constitutes only 12 percent of Turkey's foreign trade volume," Aydin said.