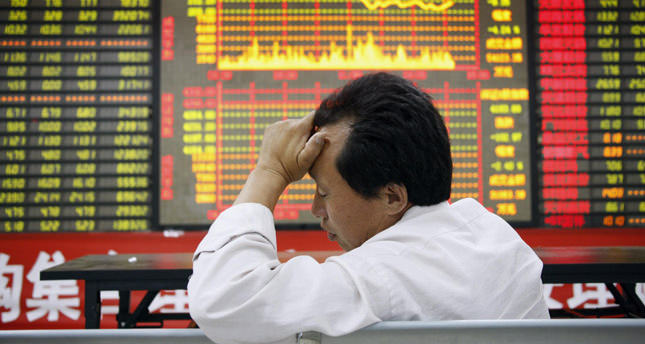 by reuters Mar 15, 2014 12:00 am
LONDON – China's default risk has risen beyond that of Ireland, having been on par with France and Japan a year ago, as Premier Li Keqiang said financial leverage is making the economy's outlook more complex. Five-year contracts protecting against non-payment on government debt climbed to 99 from 63 a year earlier, almost double the 49 for Japan and 51 for France, CMA credit-default swap data show. That compares with 88 for lower-rated Ireland, which exited a bailout in December. The yuan has lost 1.3 percent in the past month, the most in Asia, while the Shanghai Stock Exchange Composite Index has declined 5.2 percent.

This year's 7.5 percent economic expansion target is "flexible" and some financial product defaults may be unavoidable, Premier Li told a press conference at the National People's Congress yesterday.

Regional authorities, which aren't allowed to sell debt directly, set up thousands of financing vehicles to raise funds to build subways, highways and sewage works. Their liabilities rose to 17.9 trillionyuan ($2.9 trillion) as of June 2013 from 10.7 trillion yuan at the end of 2010, according to National Audit Office data. China's $6 trillion shadow-banking industry, which includes trust companies and wealth management products issued by banks, was rated the nation's biggest challenge in a Bloomberg News survey of 29 economists before the annual meeting of lawmakers started March 5.