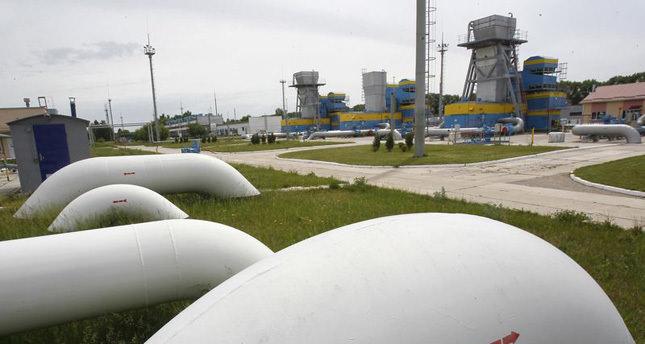 Crimea plans takeover of Ukrainian state companies. Regional authorities may sell Chornomornaftohaz to a Russian company pending the outcome of a referendum on whether to join Russia

MOSCOW – As Crimea prepares for the prospect of severing all ties with Ukraine in line with a referendum on joining Russia, Crimea's Deputy Prime Minister Rustam Temirgaliev signalled Wednesday that the regional government might take ownership of Ukrainian state companies on its territory, including those in the region's Black Sea natural gas fields, if the plebiscite is approved.

Yesterday Temirgaliev went one step further. He said Crimea may sell Ukrainian energy firm Chornomornaftohaz to a Russian company "like Gazprom" [if] the regional authorities take control of it, Interfax news agency quoted. "After the nationalization of the company we would openly make a decision, if a large investor, like Gazprom or others emerges, to carry out [privatization]," Temirgaliev stated.

At a news conference broadcast on Russian television, Temirgaliev said, "In the coming days the transfer is being prepared... for a series of assets, belonging to the Ukrainian state, which are located on the territory of Crimea." He added that energy companies, including Chornomornaftohaz, and the state railway company would be included, along with several resorts owned by ministries in Kiev. "The property of private companies and private individuals will remain the property of these entities," he said, adding that owners should re-register their property under Russian law.

Should Chornomornaftohaz cease to be Ukrainian, Kiev would lose a key asset in its efforts to reduce its rising dependency on Russian gas imports. Ukraine uses more than 50 billion cubic meters of gas each year, worth about $20 billion in current European market terms, more than half of which it has to import from Russia.

Disputes between Russia and Ukraine have previously led to supply cuts, triggering efforts in Kiev to develop new domestic sources in the form of onshore shale as well as offshore in the Black Sea.

Ukraine hopes its Black Sea gas production will rise from one billion cubic meters per year to over three billion by 2015.

The plans are supported by the European Union through Ukraine's membership of the EU's energy community. As part of this membership, the European Commission is seeking to convert Ukraine from a gas transit nation into an energy hub producing its own fuel and developing storage. The crisis and potential seizure of Ukrainian assets, however, are threatening investment. Andrew Swiger, senior vice president at Exxon Mobil, told investors last week that the company's activities offshore Ukraine were on hold due to current circumstances.