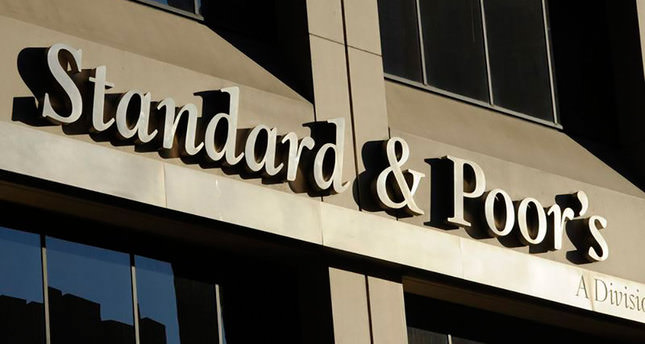 The OIL emirate of Qatar manages to hold on to its title as the top financial center of the Middle East and 26th largest in the world, according to the latest Global Financial Center Index (GFCI 15)

ISTANBUL – Qatar has managed to hold on to its title as the top financial center in the Middle East according to the latest Global Financial Centre Index (GFCI 15) published by the London-based Z/Yen Group. Qatar was ranked 26th globally, down two places on last year's list but remained ahead of Dubai, which was placed 29th, a fall of four places compared to the previous year.

A number of Gulf-based financial centers made significant jumps up this year's rankings, Z/Yen said. Riyadh leapt 16 places to be ranked 31st while Abu Dhabi rose 10 placed to 32nd and Bahrain improved its position to 40th, up 12 places. Globally, New York overtook London to be the top-ranked financial center in the world while Hong Kong and Singapore were also placed in the top four.

In all, 29 out of the 83 centers covered in the list climbed in the ranks, while 47 centers declined, and four centers experienced no change. Buenos Aires saw the biggest climb, up 21 places to 25th, while Rome saw the biggest fall, down 19 places to 54th.

The report showed that financial centers in Europe are still in turmoil with 23 of the 27 centers in the GFCI falling in the list. Significant demotions included Copenhagen, Edinburgh, Dublin, Madrid, Lisbon and Rome. Mark Yeandle, associate director of the Z/Yen Group and the author of the GFCI, said, "London saw the largest fall in the top 50 centers. This seems to be based on a number of factors including fears of regulatory creep, uncertainty over Europe, the perception that London might be becoming less welcoming to foreigners and perceived levels of market manipulation." The Global Financial Centre's Index is compiled using assessments completed by 3,246 financial services professionals, Z/Yen said.

According to Gulf News, Abu Dhabi, Qatar and Kuwait share similar credit ratings as assigned by Moody's and Standard & Poor's, the two leading names in the field.

Moody's assigns a rating of Aa2 for Abu Dhabi, Qatar and Kuwait, a highly sought sovereign rating and indicating optimum ability at paying off short-term debt. The prime-1 rating comes after those of Aaa and Aa1. S & P's grants a similar rating, namely AA to Abu Dhabi, Qatar and Kuwait, suggesting capability in meeting financial obligations. This is the second-best rating after AAA within the S & P's scale. Not surprisingly, only a handful of countries such as Norway have the best rating. Bahrain is the sole GCC state with ratings outside of the A category. It has a rating of Baa2 and BBB on Moody's and S & P scales.

Bahrain's outstanding public debt stands at $14 billion or 46 percent of GDP, the worst among GCC economies. The IMF has publicly warned of the debt levels rising in years to come, reaching 61 percent of GDP in 2018. Suggested solutions require painstaking sacrifices such as limiting growth of public sector spending and re-engineering the subsidies program. At the moment, the amount spent on subsidies, estimated at $3.3 billion, accounts for 11 percent of the GDP, something not sustainable.

As for the Moody's outlook, GCC countries are in positive territory except for Bahrain.

Bahrain's rating is constrained by a lack of progress on the political front since February 2011 when popular calls were first made to address the socio-political challenges facing the country.

These constraints help explain Bahrain's relatively weak performance by regional standards in a key report. The 2013-14 Global Competitiveness Report, published by the World Economic Forum, assigns ranking numbers 13 and 43 for Qatar and Bahrain respectively, the best and worst among GCC countries.