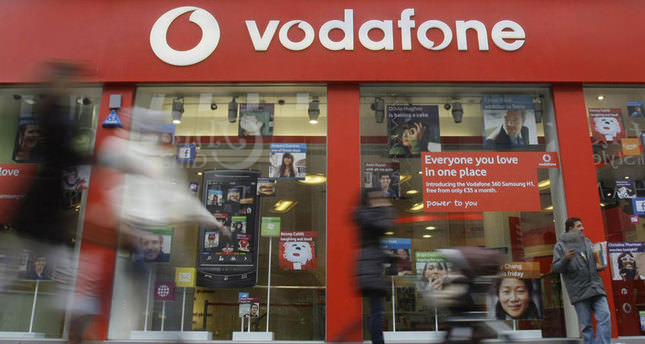 by Mar 18, 2014 12:00 am
LONDON – Vodafone agreed to buy Spain's largest cable operator Ono for 7.2 billion euros (TL 22.2 billion), the latest move by the British group to acquire fixed-line assets to rebuild its European operations. Vodafone said yesterday it expected to achieve cost and capital expenditure savings of approximately 240 million euros before integration costs by the fourth full year after completion. The deal for the private equity- owned group is Vodafone's third purchase of a European fixed-broadband asset in two years as the company seeks to improve its networks and shore up its European businesses after it was hit by fierce competition, the recession and regulatory cuts.

Vodafone launched a program to invest in its networks and acquire assets when necessary after selling its U.S. arm for $130 billion last year. A 7.2 billion euro price tag is 10.4 times the group's operating free cash flow, a figure broadly in line with recent deals in the European cable and telecom sector. "The combination of Vodafone and Ono creates a leading integrated communications provider in Spain and represents an attractive value creation opportunity for Vodafone," Vodafone Chief Executive Vittorio Colao said.

Ono, which has about 1.9 million customers, struggled to compete in Spain with Telefonica, Jazztel and other firms that bundle in-home services. Vodafone has about 14 million customers in Spain but faces fierce competition. "This transaction reflects Ono's attractive position as Spain's leading provider of high-speed broadband, premium pay tv and fixed communications," said Jose Maria Castellano Rios, chairman of the Ono board of directors. "As part of Vodafone, Ono will continue to seize new growth opportunities and deliver the quality that our customers expect." The enlarged business is also expected to drive innovation in the Spanish telecommunications industry.