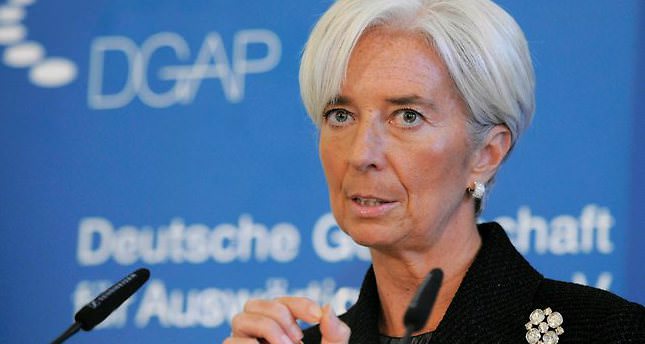 by French Press Agency - AFP Mar 19, 2014 12:00 am
PARIS – IMF chief Christine Lagarde arrived yesterday at a French court for questioning over her role in a massive state payout to a controversial businessman when she was finance minister.

The Court of Justice of the Republic is charged with investigating and prosecuting crimes by ministers in the course of their duties. Lagarde was already questioned by the court in May over the state's 400-million-euro payment to Bernard Tapie in 2008 to settle a long-running dispute over the sale of his sportswear company Adidas. She avoided charges and was instead given the status of "assisted witness." Lagarde's ministry was in charge of the Tapie dossier. Yesterday she was to come face-to-face with her former chief of staff, Stephane Richard.

Richard is one of five people, along with Tapie himself, charged with fraud in the affair.