China in talks with Airbus for $20B aircraft deal 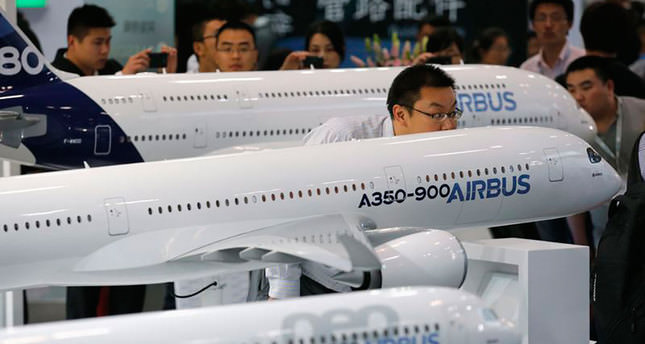 by reuters Mar 20, 2014 12:00 am
BEIJING – China is in talks to buy at least 150 Airbus passenger jets potentially worth $20 billion when Xi Jinping pays his first visit to Europe as president at the end of this month, people familiar with the matter told Reuters. In a broadranging deal that could help reset trade relations between China and Europe after a bumpy year, China is expected to buy more A330 passenger jets as talks advance to open Airbus's second major factory in the country. The "cabin completion" plant for A330s would bolster Airbus's presence five years after the opening of its first final assembly plant outside Europe in the Chinese port city of Tianjin, where Chinese workers put together A320 jets. The deal could also involve a decision to unfreeze the purchase of 27 A330s blocked by China during a recent row with the European Union over environmental policies. "This visit to Europe by President Xi Jinping... will certainly beneficially promote the development of ties between China and the European Union," China's foreign ministry spokesman Hong Lei said when asked to confirm the aircraft order. "This will be an all-round development of relations."