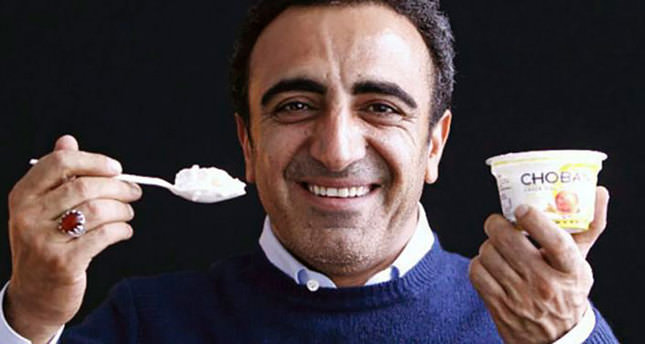 Athens — It 's a global health fad with millions of fans in Europe and the United States, and yet in Greece, many people have never heard of Greek yogurt. Equally surprising in an age when billions are spent on marketing, the term Greek yogurt is basically a quirk of fate. "What is known abroad as 'Greek yogurt' is called 'straggisto' [strained yogurt] in Greece," explained Prokopis Ploumbis, a cheese maker in the rural outskirts of Athens.

And yet, in terms of marketing, neither the Greek state nor any Greek company had sought to stamp a patent on the product, unlike feta cheese which is now a protected EU term. No court would have accorded protection for Greek yogurt when the term is not even used in Greece.

Sensing an opportunity, Turkish entrepreneur Hamdi Ulukaya was able to make a killing on the American market with his yogurt company, named Chobani, which comes from the Turkish word for shepherd.

It is also similar to the Greek word for shepherd, and Chobani packages prominently call it Greek yogurt in the United States.

Meanwhile the Greek company that first broke open the U.S. and European markets decades ago, Fage, features Greek strained yogurt in smaller type on its packages.

In just seven years, Chobani's Greek yogurt has become the best-selling yogurt brand in the United States, and strained yogurt now accounts for 35 percent of the U.S. yogurt market, from only four percent in 2008. "Because it was introduced in this country by a Greek company, they called it Greek yogurt. It doesn't matter whether it's Greek yogurt or Turkish yogurt, as long as it's a good yogurt," Ulukaya told Fortune magazine in 2011. Fage fought back, however the 88-year-old Athens-based family company, which exports dairy products to 40 countries, eventually had to concede defeat in the United States.

But it moved to protect its 95-percent share in the British market. In British courts, Fage based its argument on the fact that unlike Chobani, its yogurt is actually made in Greece, and won the case on appeal in January. Chobani now markets its yogurt as "strained" in Britain and "Greek" in the United States. Fage sells its product in Britain as "authentic Greek yogurt".

Strained yogurt is also popular in Greece, where it also serves as a key ingredient for staple dishes like tzatziki dip. But for traditionalists, there is also a significant yearning for non-strained, tangier and fattier yogurt made from sheep's milk.

Y o g u r t made from sheep's milk has 6.5 percent natural fat, compared to around 2.0 percent in cow's milk. All over the country there are hundreds of traditional yogurt-makers catering to the countryside or island markets. Many of these products are consumed locally and never reach the big supermarket chains in Athens.