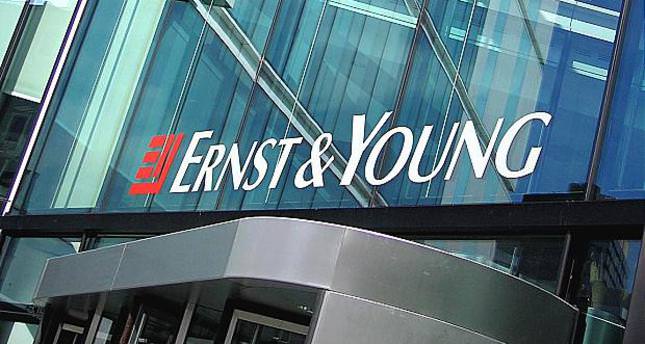 by daily sabah Mar 28, 2014 12:00 am
ISTANBUL — The consulting firm Ernst & Young has issued a report forecasting future economic performance in emerging economies, including Turkey and about 25 countries including China and Poland. Ernst & Young predicts that the middle-class in all of these countries is set to broaden significantly. The report also offers predictions about growth in these states, with Turkey expected to have an increase of 3.3 percent in Gross National Product (GNP) in 2014.

According to Ernst & Young, the annual income of 10 million people in Turkey will exceed $35,000 in 2022 while the number of people who have an annual income over $35,000 will climb to 200 million in 25 countries including Turkey. The estimated number is 10 million people in Turkey, 80 million in China and 15 million in Brazil and Russia. Ernst & Young also predicts that Turkey's economy will continue to grow despite the deterioration that began in the middle of 2013.

The report stated: "When investors are less willing to take risks, the need for a huge amount of foreign financial sources means that the Turkish lira will devaluate. Household and companies will be more deliberative in the short run. With regard to all these points, Turkey's GDP will grow by 3.3 in 2014 after the growth of 4.2 in 2013." The report stresses that economic growth in the long run is still projected to be quite high. Turkey's GDP growth for 2015 and 2016 is estimated at 5 percent and inflation is expected to remain at reasonable levels. It was also highlighted that the current deficit, of which the proportion to GDP is expected to be over 7 percent, will remain a worrying factor.

Ernst & Young also predicted that the total average growth of 25 countries will increase to 4.7 percent in 2014 and 5 percent in 2015 after the relative slowdown in 2013. It is also estimated that global-scale firm monetary policies are not replied positively, capital outputs from the mentioned countries will be observed and monetary units will weaken. As a result, the growth will be limited to 3.7 in 2014 and 2.8 in 2015.

According to the report, the fastest- growing markets in the medium term still have significant advantages in terms of protecting their appeal. It is noted that improvement in the invest- ment environment and basic economic reforms will remarkably contribute to these countries in terms of attracting investors. Head of EY Turkey Corporate Financing Department, Müşfik Cantekinler was asked his opinion in the statement. Cantekinler remarked that the business world should not regard short-term risks as a pretext in determining actions and should take into consideration the opportunities brought about by the long-term economic and demographic changes.
Last Update: Mar 28, 2014 8:53 am
RELATED TOPICS