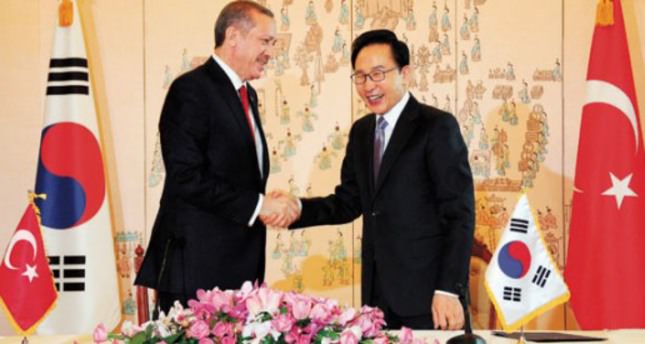 SEOUL – South Korea and Turkey will hold a fresh round of negotiations over a comprehensive free trade agreement (FTA) for their service industries, the South Korean government said yesterday.


South Korea and Turkey will hold a fresh round of negotiations over a free trade agreement (FTA) for their service industries, the South Korean government said Thursday.

The negotiations, which are now in their sixth round, will be held Wednesday through Friday in Ankara, according to the Ministry of Trade, Industry and Energy. The two countries enacted their bilateral FTA in May 2013, lowering or removing their import tariffs on nearly all products traded between them.

The negotiations for a comprehensive free trade pact in the service sector were resumed in August last year after a 29-month hiatus. The countries are now seeking to conclude their negotiations before the end of June.

"At the upcoming sixth round of negotiations, the two sides will discuss remaining issues on the level of market liberalization for their service and investment sectors with a goal of reaching an agreement within the first half of 2014," the ministry said in a press release.
Last Update: Mar 29, 2014 8:46 am
RELATED TOPICS