Vote of confidence from S&P for Turkish banks 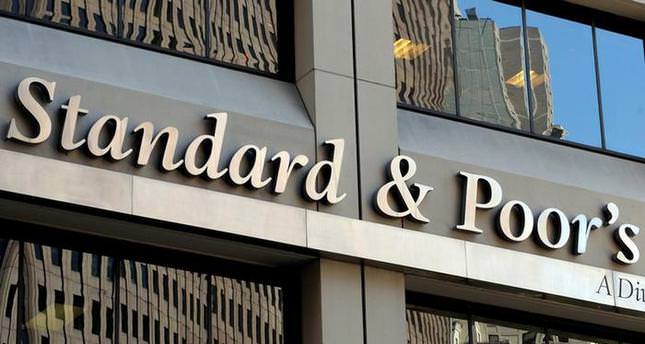 LONDON — Respected ratings agency Standard & Poor's (S&P) announced yesterday that Turkish banks, due to their adequate provisions and capital buffers, were better placed to withstand moderate volatility in coming months. While the rating agency warned about the effects of domestic tension, elections and the U.S. Federal Bank's ongoing tapering of its bond-buying activities, Turkish banks' short to midterm outlook was good.

However, S&P said it saw two main risks for the banking sector, which were the indirect credit risk from the larger open foreign exchange positions of the Turkish private sector and the Turkish banks' reliance on short-term foreign debt. It also said higher rates would eat into banks' earnings in 2014.

"However, S&P believe that domestic political tensions, upcoming elections, and the Federal Reserve's ongoing tapering of its bond-buying are increasing uncertainties for Turkish banks." S&P forecasts that Turkish banks will pay a higher premium for their foreign borrowings in 2014. "In addition, we believe that interest margins will come under further pressure, notably in the first half of 2014, following the central bank's sharp interest rate hike in January in a bid to stabilize the lira's slide against hard currencies," the agency said.

On Jan. 28, the central bank more than doubled its borrowing rate from 3.5 percent to eight percent, and raised the lending rate from 7.75 percent to 12 percent. The agency said that there are two main risks for the Turkish banking sector. "We continue to see two main risks, the indirect credit risks stemming from the larger open foreign exchange positions of the Turkish private sector and Turkish banks' increased reliance on foreign debt, in particular short-term debt. While the first factor can result in a higher cost of risk (that is, net new loan provisions to total loans) for rated Turkish banks, the latter could potentially limit the availability of foreign funding through 2014 and make it more expensive." The report also said that higher interest rates, higher credit losses, and the slowdown in lending will eat into Turkish banks' earnings in 2014.
Last Update: Mar 29, 2014 8:44 am
RELATED TOPICS