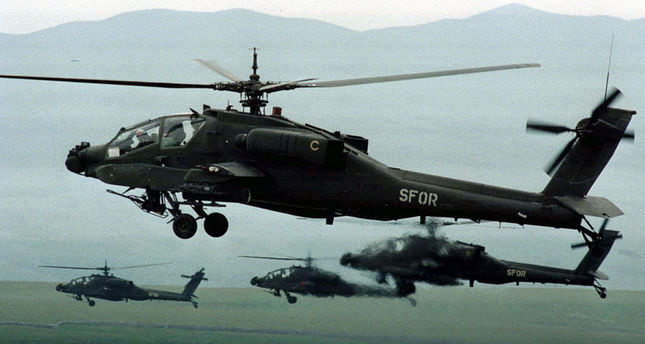 Qatar, criticized by most of its Gulf neighbors, has launched a $23 billion defense program whereby it will purchase tanks, artillery, missiles and warships from manufacturers based in several countries including Turkey

DOHA – Qatar has announced contracts worth about 23 billion dollars to purchase modern military equipment from about 20 weapons manufacturing companies. The agreements signed by the Qatar Armed Forces involves tanks, artillery, missiles and warships from different countries, including Turkey, France, Germany, China and the U.S. The deals, announced at the Doha International Maritime Defence Exhibition (DIMDEX), came in a string of announcements publicized on the last day of the show totaling 87 billion Qatar rials (US$23.9 billion), which included 17 Turkish fast patrol vessels and German tankers. The weapons purchases include large deals with Lockheed Martin, Raytheon and others. Boeing confirmed that the announcement included a contract to buy 24 AH-64E Apache attack helicopters and three Boeing 737 Airborne early warning and control (AEW&C) aircraft. The deal for the helicopters was valued at 8.9 billion riyals ($2.3 billion), said the spokeswoman for the conference.

Qatar also committed to buy a Patriot missile defense system built by Raytheon equipped with PAC-3 missiles made by Lockheed; advanced
daytime, high-definition sensors and radars for Apache helicopters; and Javelin missiles built by a Lockheed-Raytheon joint venture, according to sources familiar with the matter. The Pentagon approved the sale to Qatar of $9.9 billion worth of Patriot fire units, radars, and various Raytheon and Lockheed missiles in November 2012. The Defense Security Cooperation Agency, the U.S. body which oversees foreign arms sales, had notified lawmakers in July 2012 of a possible sale of Apache helicopters to Qatar. Washington has been keen to deepen its cooperation with Gulf nations on missile defense and increase pressure on Iran over its nuclear program.
Last Update: Mar 29, 2014 8:32 am
RELATED TOPICS