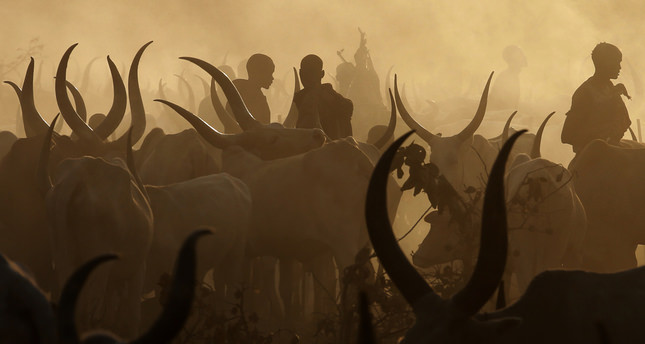 WAJIR — The son of a camel herder, Hassan Bashir knows how tough traditional life in Kenya's arid north is, where pastoralists rely on livestock herds surviving boom and bust cycles of drought. But Bashir is also an astute entrepreneur, developing Africa's first livestock insurance scheme to make payouts compliant with Islamic law, by bringing together Muslim scholars and number-crunching agricultural experts using NASA weather satellites. "I've come from the community and I understand its needs," said Bashir, a sharpsuited businessman respectfully greeting elders dressed in traditional flowing robes in his hometown of Wajir, where goats and donkeys wander the dusty streets.

Bashir, 48, set up Takaful Insurance of Africa three years ago, which unlike ordinary insurance schemes prohibited by Islam takes only a management fee from clients. "It is a fair and ethical way to protect pastoralist's livestock assets from natural hazards," said Bashir, whose 80-year old father was one of the first to receive a payout this week for his herd of 50 cows.

Payments are assessed not according to deaths of individual animals as it would be impossible to provide proof, but according to an index drawn up by experts at the Nairobi-based International Livestock Research Institute (ILRI), using satellites to measure vegetation coverage and thus the severity of drought.

The company is named after the Islamic concept of "takaful," in which risks are shared among the community rather than insurance, where policyholders effectively gamble risks against the company. Any surplus money after payments are made is distributed equally to remaining policy holders. "It is a cooperative welfare basket for the community," Bashir added, who was inspired to switch from regular insurance broking to the Islamic system after "hot discussions" with his family who refused his "unethical" money. Takaful made the first payouts this week in Wajir to 100 policyholders.

On the bottom end, one herder who had insured three goats and paid a premium of $5 (TL 10.71) six months ago, received a payout of $7.
At the higher end, a herder who paid some $940 to insure 50 cows received $720 in recompense, less than what he put in due to assessments of the severity of the drought suffered in that area.

Once cash payouts are made, herders say they will use it to restock animals, pay school fees or daily domestic needs. But the economic potential is also huge: here in Wajir country, a scrubland region where most live in traditional huts, government estimates value livestock at some $550 million.

Across Kenya, the pastoral livestock sector is valued at around $5 billion.

Organizers backed by some $6 million from Australia, Britain and the European Commission hope to strengthen the ability of fragile communities across the region to cope during droughts and reduce reliance on food aid.

Across the Horn of Africa, over 70 million people live in pastoralist areas, regional governments estimate, supplying some 90 percent of all meat.

Takaful is eyeing possibilities in Somalia, especially the more stable self-declared Somaliland in the north.

The scheme will need to spread the risk by rolling it out to different areas to give it the size and geographical diversity needed "to create a stable insurance scheme," Bashir said.