US to impose sanctions if Iran, Russia reach deal 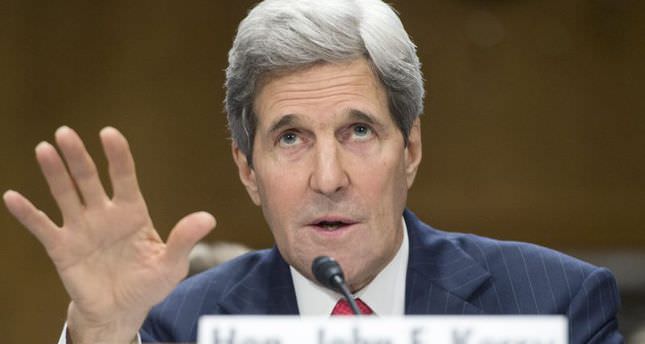 by Associated Press Apr 08, 2014 12:00 am
WASHINGTON - United States could impose economic sanctions if Iran and Russia move forward with a reported oil-for-goods contract, Secretary of State John Kerry said Tuesday, discussing with a Senate panel an emerging threat to talks designed to finalize a nuclear deal with Iran.

The Russian business daily Kommersant has reported Russia plans to buy 500,000 barrels of Iranian oil a day, shattering an export limit defined by an interim nuclear agreement world powers and Iran reached last year. The oil-for-goods exchange is still far from finalized, the newspaper said, but its potential challenges Western efforts to secure a comprehensive agreement.

While nuclear negotiators met in Vienna, Kerry told the Senate Foreign Relations Committee that the Obama administration has warned Iran and Russia about moving forward with the oil contract. It would violate the interim agreement reached in November in Geneva, he told the Senate panel, "and, yes, it could trigger U.S. sanctions."

The Russian-Iranian oil deal could provide Tehran with billions of dollars, according to experts, softening the blow of years of U.S. and international sanctions that have crippled Iran's economy and helped end more than a decade of deadlock in nuclear negotiations.