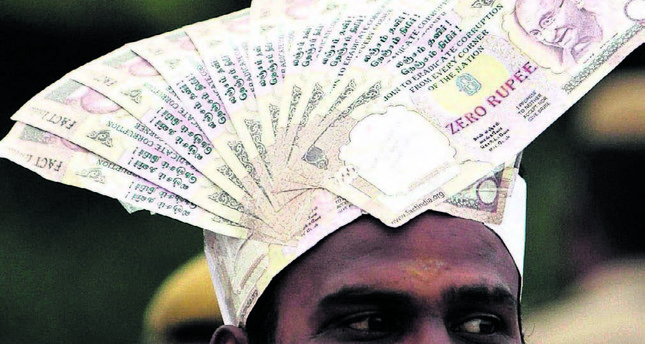 Major developing countries, including Turkey, Brazil, India and Indonesia, are facing a global environment and local pressure to reduce interest rates, which were initially increased to counter U.S. Federal Reserve policies of tightening

ANKARA — After policy announcements by the U.S. Federal Reserve and mobility in domestic market, the Turkish central bank held an emergency meeting in January that resulted in an increase in the policy interest rate from 4.5 to 10 percent, while overnight lending rates were increased from 7.75 to 12 percent.

The mobility in foreign exchange and domestic markets and positive political develops resulted in increased demand from the Central Bank to reduce interest rates.

Representatives of the industry and business sphere expressed their demands for lower interest rates in parallel with similar demands by Prime Minister Recep Tayyip Erdoğan, who argued it was necessary for the central bank to reduce interest rates. Turkish central bank Chairman Erdem Başçı said, "A huge amount of reduction should not be expected. It is useful to proceed prudently."

Turkey is among the few developing countries anticipating a reduction in interest rates. For example, the central bank of Brazil held a committee meeting on July 11, 2013, in order to fight inflation, which had climbed to its highest in 20 months. The bank increased the policy interest by 50 basis points and raised it to 8.5 percent, tightening monetary policy.

The bank later continued to increase policy interest rates periodically so as to eliminate a drastic loss of value in the real and to prevent inflation rates from exceeding the target span. The bank could not stand against the pressure in the area of inflation and raised the interest rates to 11 percent, with an increase of a half point. This increase is recorded as the 8th since the last April.

In another developing country, Indonesia, the central bank raised the policy interest rate to 6.5 percent, with an increase of 50 basis points on July 11, 2013 so as to reinforce the weakening currency and to alleviate the inflation pressure that increased after the government raised prices of fuel oil products. Despite the increase, interest rates climbing to level of 7 percent did not prove to be sufficient against inflation. The central bank had to increase interest two more times. The bank raised the interest rates to 7.25 percent and then to 7.5 percent in an effort to fight against the decline in its currency, the rupiah.

In India, which is going through a difficult economic period, the central bank declared it would not to make any changes in policy interest on June 17, 2013 and kept the rate at 7.25 percent. The third biggest economy in Asia, India's decision not to change the interest rate followed a sharp decline in the rupee posing a threat to increase the inflation. India later increased the base interest rate to 7.5 percent in the first stage and to 7.75 later in order to combat the inflation. Even though the Indian rupee showed a bit of increase against dollar after the decision, the bank raised the policy interest rate to 8 percent in last meeting.