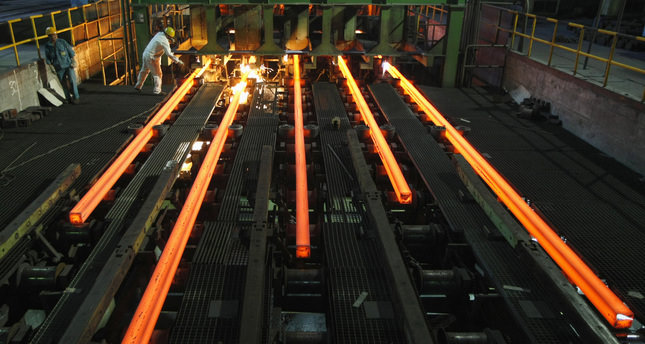 ISTANBUL — Companies in Mexico and Turkey could be subject to duties on the steel reinforcing bar, which is known as steel rebar and is used to reinforce concrete, if found in violation. The U.S. senators urged the Department of Commerce to consider the impact of cheaper imports on U.S. steel companies when it issues preliminary rulings later this month in a letter sent Wednesday. The letter was signed by 31 senators, 16 Republicans and 15 Democrats. "It is essential that we do everything that we can do to prevent unfairly traded imports from negatively impacting goodpaying American jobs, especially in these challenging economic times," said the letter to Commerce Secretary Penny Pritzker.

The Department of Commerce said Wednesday it takes seriously its obligation to enforce trade laws and will make a final judgment based on the facts in each case.

The government probe has drawn the close attention of U.S. steel executives and labor unions as the American manufacturing industry steadily declines due in part to globalization and foreign competition, displacing jobs and shrinking the U.S. middle class.

Last month, United Steelworkers union president Leo Gerard cautioned that the steel industry could be on the verge of elimination if trade laws are not fully enforced.

Rebar is one of the largest-volume steel products produced in the U.S., employing more than 10,000 workers in more than 30 states. The investigation by Commerce's International Trade Administration was launched last fall after American steel producers alleged that Mexican and Turkish competitors were undercutting their prices, a practice known as dumping. The U.S. companies also say rebar imports from Turkey are being unfairly subsidized by the Turkish government.

In February, the Department of Commerce made a preliminary finding that rebar from Turkey was being made with government subsidies but that the amount of subsidies was minimal so there was no trade violation. Commerce is due to make preliminary determinations this month as to whether the rebar was improperly sold below market prices.

According to lawmakers, rebar imports from Turkey and Mexico have been surging into the U.S., nearly doubling from 2011 to 2013. In 2013, imports of steel concrete reinforcing bars from Turkey were valued at approximately $381 million, and those from Mexico were valued at $182 million.
Last Update: Apr 11, 2014 2:26 am
RELATED TOPICS