THY brings back Israeli tourists 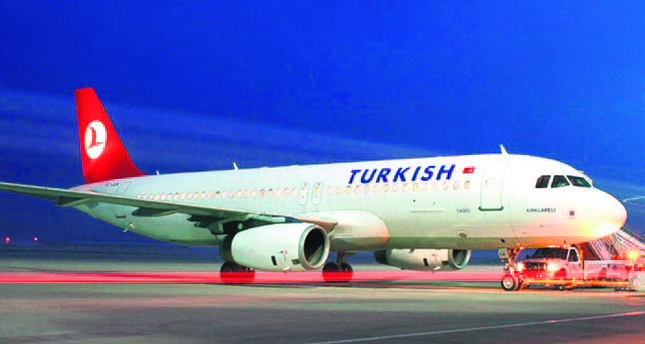 by daily sabah
Apr 16, 2014 12:00 am
ISTANBUL — A gradual easing in political tensions between Israel and Turkey has seen the tourism volume between the two states increase recently.

Israeli citizens chose Turkey more than any other destination for their Passover vacation this year. According to data collected from tourism agencies, 6,300 Israeli citizens travelled to Turkey for the holiday while other top destinations for Israeli tourists included the Greek Island of Crete, Italy and Bulgaria. Turkish Airlines (THY), with its eight full flights each day, was the preferred airlines of Israeli passengers to visit Turkey. Since the Israeli Airline Company Eliat does not fly to Turkey, THY officials claim that it is often difficult to find a flight between the two countries.

Turkey and Israel scaled down bilateral diplomatic relations to their lowest level, as Turkish Prime Minister Recep Tayyip Erdoğan accused Israel of acting like a terrorist state at the Davos Economic Forum in 2008. Relations first deteriorated after Israeli naval commandos attacked a Turkish humanitarian aid flotilla that was en route to Gaza Strip and killed nine Turkish citizens. Israeli tourists have started to return in 2014. After a four-year pause, Israeli unions announced that they will resume subsidizing and promoting tourism to Turkey according to a recent report by Vaadim, a company that provides information on Israeli unions' economic and social affairs. The move gave 250,000 Israeli workers and their families the chance to enjoy their vacation in Turkey this summer.