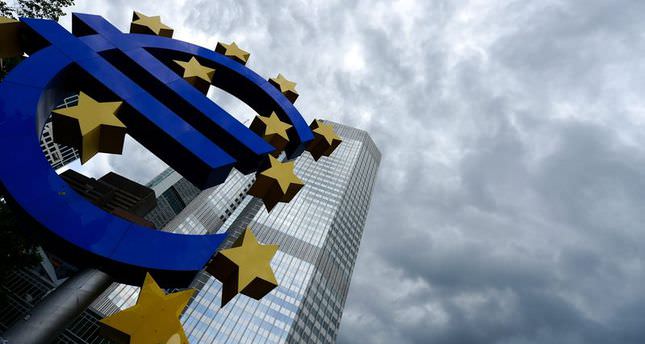 by Jun 05, 2014 12:00 am
FRANKFURT — The European Central Bank cut interest rates to record lows on Thursday, imposing negative rates on its overnight depositors to cajole banks into lending more and to fight off the risk of Japan-like deflation.

The cut, the first time the ECB has deployed a negative deposit rate which effectively charges banks to deposit overnight, was a response to a slowdown in inflation far below the ECB's target and to weak euro zone lending.

That is a combination that risks dragging the bloc into an economic quagmire.

The ECB lowered the deposit rate to -0.1 percent, meaning it will effectively charge banks for holding their money overnight. It cut its main refinancing rate to 0.15 percent, and the marginal lending rate - or emergency borrowing rate - to 0.40 percent.

"Further monetary policy measures to enhance the functioning of the monetary policy transmission mechanism will be communicated in a press release to be published at 3.30 p.m. CET today," the ECB said in a statement.

Investors first turn their attention to ECB President Mario Draghi's 1230 GMT news conference at which he is widely expected to present other measures to complement the rate move.

Reuters reported last month that the ECB was preparing a package of policy options for this week's meeting, including the rate cuts and targeted measures with a view to boosting lending to small- and mid-sized firms (SMEs).

Just hours before the ECB policy decision, a Bank of Japan policymaker sounded a warning, saying the euro zone should not take lightly the potential danger of slipping into a Japan-style deflationary period.

In an April 24 speech, Draghi set out three broad scenarios for ECB policy action and included the possibility of a broad-based asset-purchase program in the event of a worsening of the medium-term inflation outlook.

Such a program is unlikely for now, however, even though euro zone annual inflation unexpectedly slowed to 0.5 percent last month, figures published earlier this week showed. The ECB targets inflation of close to but below 2 percent.

Draghi will present updated inflation and growth projections from ECB staff at his news conference. In March, the forecasts showed it would take 2-1/2 years for inflation to get near the ECB's target. A weaker outlook will support robust ECB action.

Record low interest rates are still not feeding through evenly to companies across the currency bloc. Companies in Portugal, for example, are paying on average 5.4 percent on loans compared with 2.2 percent in Finland or France.

This particularly affects smaller companies, which rely strongly on bank funding and make up the bulk of the economy.