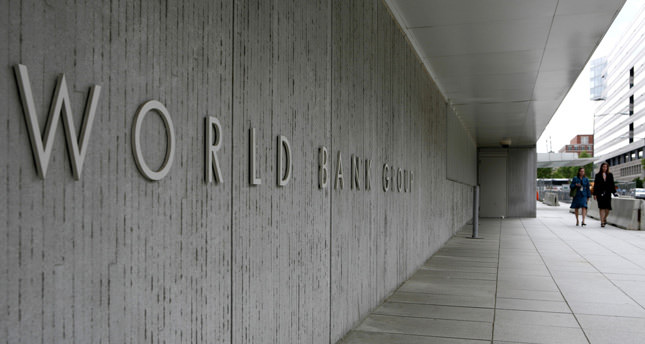 by Jun 11, 2014 12:00 am
The World Bank lowered its 2014 growth forecasts for the global economy Tuesday, but said advanced economies' rebound from a rough start would help offset stagnation in developing countries. Most of the pick-up in growth this year will come from high-income countries, particularly the U.S. and the 18-nation eurozone, the World Bank said in its twice-yearly Global Economic Prospects report.

But a rough start to the year – bad weather in the U.S., financial market turmoil and the Ukraine crisis – dragged down global growth for the year as a whole, the Bank said. It marked down its 2014 forecast to a 2.8 percent pace from its January forecast of 3.2 percent.

The global economy grew 2.4 percent growth in 2013. High-income countries would see stronger growth this year of 1.9 percent from 1.3 percent in the previous year, the World Bank said. But developing countries can expect mixed challenges from accelerating growth in rich countries.

As high-income economies expand, their import demand should grow, boosting developing-country exports. But developing countries will be hard-pressed to find the capacity to meet that demand, because most of them already are fully recovered from the 2008 financial crisis and growing close to potential, the Washington-based development lender said. Developing countries were projected to grow 4.8 percent this year, substantially below the 5.3 percent estimate in January.

"The outlook for developing countries is for flat growth in 2014. This marks the third year in a row of sub-5 percent growth and reflects a more challenging post-crisis global economic environment," it said. The World Bank's latest outlook marked a deterioration from the January report, when it had raised its growth forecasts, saying both rich and developing countries appeared to be "finally turning the corner" after the global financial crisis.