Siemens and Mitsubishi to bid $10 billion for Alstom assets 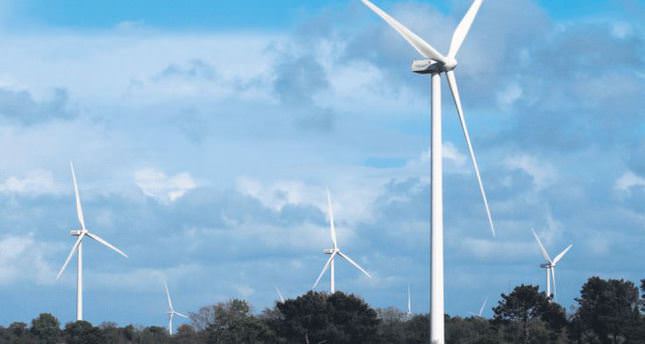 by Jun 13, 2014 12:00 am
Japan's Mitsubishi Heavy Industries and Germany's Siemens are set to bid nearly $10 billion (TL 21.1 billion) for some of the French "national jewel" Alstom's energy assets, a report said yesterday, which will potentially block a $17 billion offer from General Electric (GE). Japan's leading Nikkei business daily said electronics and machinery maker Hitachi might also join the onetrillion- yen bid, which would be squarely aimed at Alstom's gas and steam turbine business, rather than the wider energy group eyed by U.S. giant GE.

The report, which did not cite sources, came after Siemens and Mitsubishi announced on Wednesday that they had "joined forces in evaluating a potential proposal for certain assets" of the French multinational. They did not elaborate, saying a decision on submitting an offer would be made by June 16. Mitsubishi said on Thursday, in an apparent response to the Nikkei report, that no final decision had been made as it was still studying the deal, including the offer price and other details.

Investors welcomed the news with Mitsubishi's Tokyolisted shares rising 1.24 percent to 649 yen by the close, while the broader Japanese market ended in negative territory. "It's a forwardlooking investment that would expand revenue," said SMBC Friend Securities trader Munenori Nagata in Tokyo. The deal would boost Mitsubishi's already strong presence in the turbine sector and lift its bottom line following a company restructuring to improve its finances, he added. "It's better to grow in a field that you're already strong in rather than expanding into all sorts of different businesses," Nagata told AFP." GE is strong and it would be difficult for Siemens to counter it without making an alliance," he added. A spokesman for Hitachi said it was aware that Mitsubishi and Siemens were considering joining forces to bid for the Alstom assets.

Hitachi was "not in a position to make a comment" on the Nikkei report, he said, adding that the firm would "continue to cooperate with Mitsubishi Heavy as a partner in the thermal power business." GE has run into opposition from French nationalists over its offer to buy Alstom's energy unit, which builds generators, turbines and transmission systems and would complement the U.S.-based firm's own power industry division.

The energy unit accounts for 70 percent of Alstom's business and would leave behind the railway equipment division that manufactures France's prized TGV high-speed trains. Alstom is one of France's biggest private sector employers with about 18,000 staff nationwide, but it depends heavily on contracts with the French government. Last month, Paris passed a new law that would allow it to veto unwanted foreign takeovers of major French companies, including the GE-Alstom deal.
RELATED TOPICS