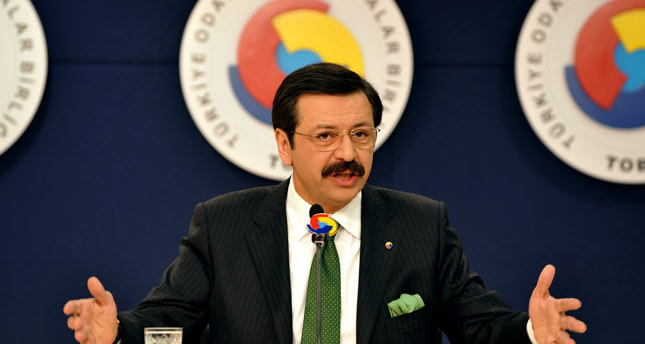 by Daily Sabah Jun 20, 2014 12:00 am
The head of the Union of Chambers and Commodity Exchanges of Turkey, Rifat Hisarcıklıoğlu, in a statement issued jointly with 10 other employer NGOs, said the business world wanted a peaceful presidential election.

He also stated: "We expect peace will be established at the end of this elections, so that we can focus on our business to make more production, more investment and more export. Our task is to improve working environments of merchants and industrialists as well as generating solutions to increase their competitive capacities."
RELATED TOPICS