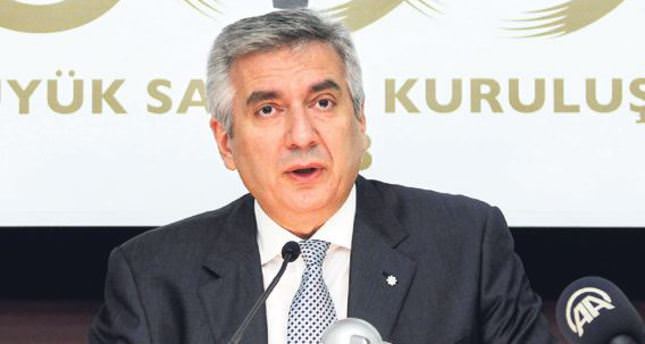 by Daily Sabah Jun 25, 2014 12:00 am
The Istanbul Chamber of Industry (ISO) has released a report on Turkey's top 500 industrial enterprises in 2013. According to the report, energy giant TÜPRAS heads the list of top 500 companies.

TÜPRAS has kept its top spot since 2005, well ahead of Ford Automotive Industries, which came in second and Electricity Generation Company (EÜAS), which came third.

TÜPRAS outshone the top five on the list in sales, which nearly amounted to the collective by the five companies' sales, while also becoming Turkey's biggest exporter. The automotive manufacturer Oyak-Renault, which ranked third in the 2012 report, fell to fourth in 2013 with TL 8.64 billion in sales. Arçelik, which had ranked fourth last year, fell to fifth position with TL 7.79 billion in sales.

Keeping the same level as the sixthlargest enterprise, Tofaş carried out a sale of 5.81 billion. The top 10 Turkish companies consist of three energy, three automotive and three iron and steel companies and only one white goods company was among them.

Employment in the top 500 companies also rose in 2013 by 4.2 percent and the total salaries paid to workers increased by 13 percent, which is higher than the inflation rate of 7.4 percent last year. The top 500 companies' financing expenses doubled in 2013 compared to the previous year, while their sales grew by more than 7 percent and reached TL 455 billion. Companies increased their profits as well by nearly 25 percent in the last year at more than TL 70 billion. Bahçıvan noted that the industry has lost its weight in macroeconomic terms over the last 15 years. He stated that during the last two years, in which economic growth was recorded at 2.1 percent and 4 percent respectively, growth of the manufacturing industry was 1.7 percent and 3.8 percent respectively during the same term. "These figures indicate an accretion that does not rely on production in the last years but on consumption, service and construction sector. We need to strive to break and reverse this cycle. Turkey can achieve a sustainable growth and welfare only through a production-oriented style," he added.

Noting that recently the Turkish economy has gone in between growth and current account deficit, he said this has a detrimental effect on the industrial development.
RELATED TOPICS