Chinese firms blamed for not being eco-friendly 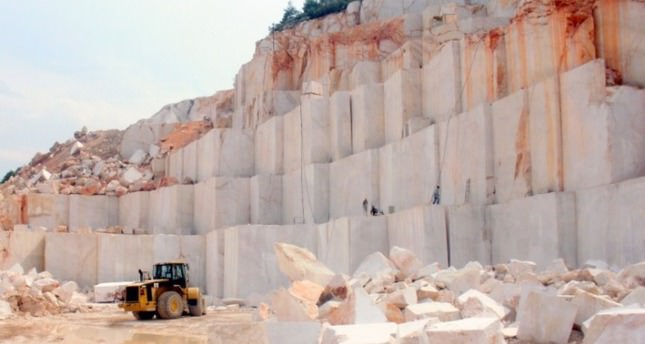 by Daily Sabah Jul 09, 2014 12:00 am
Chinese firms operating marble quarries in the west of the country have been accused of spoiling the environment by local businessmen, who also say that Turkey is losing significant revenue due to exports by these firms.

Local businessmen in the western provinces of Turkey have raised their voices over the puchase of 100 marble quarries by Chinese companies over the last three-to-four years, the Turkish daily Dünya reported on Tuesday.

The chairman of the West Mediterranean Exporters' Union Mustafa Satıcı said China was a huge importer of Turkish marble and added, "As the Exporters' Union, we want to create added value by processing marbles by ourselves. To do so, we need to make investments with domestic capital.
Besides, when operations in marble quarries end, the issue of forestation and greening of quarry zones still remains. Chinese companies don't give attention to the environmental dimension. We expect them to be more sensitive," he concluded.
RELATED TOPICS