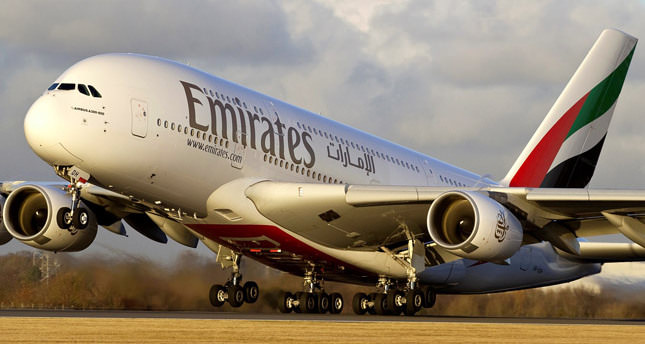 The deal includes purchase rights for an additional 50 airplanes which, if exercised, could increase the value to about $75 billion at list prices, Boeing said in a statement.

The agreement comes days before the Farnborough International Airshow, traditionally an event at which billions of dollars of new plane orders are announced.

It follows the surprise cancellation in June of a $16-billion order by Emirates to buy 70 of Airbus' A350 aircraft, which delivered a blow to the European planemaker's newest aircraft and hit its share price.

Airbus ended the first half of the year behind its U.S. rival in orders and deliveries, but is widely expected to unveil hundreds of new orders at the Farnborough show next week.

The Emirates' order was part of the 777X launch at the Dubai Air Show in November last year, one of the largest product launches in commercial jetliner history. Along with Emirates, Gulf carriers Etihad Airways and Qatar Airways also announced deals for the plane, totaling $100 billion at list prices.

Emirates, which is the world's largest operator of the Boeing 777 jet, was close to finalizing the order, Reuters reported last week.

Emirates and Qatar Airways, which also ordered 50 777X jets, had jointly negotiated the deal at the Dubai Air Show. However, it was not clear whether the Doha airline had finalised its order yet.

Qatar Airways could not be immediately reached for a comment.

Emirates and Qatar Airways are part of a trio of Gulf carriers, alongside Abu Dhabi's Etihad, that have secured large fleets of widebody jets to support the growth of new hubs.

The 777X is the latest version of Boeing's best-selling widebody jet, a so-called mini-jumbo, which carries a list price of up to $320 million.