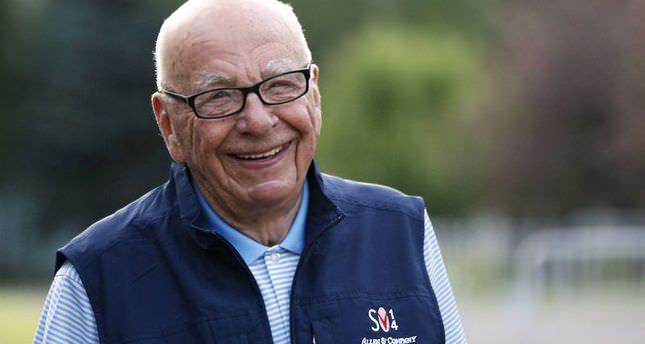 by French Press Agency - AFP
Jul 16, 2014 12:00 am
Rupert Murdoch's 21st Century Fox Wednesday confirmed a bid to Time Warner to combine the companies, but said the proposal was rejected and the two sides are not in talks.

The statement from 21st Century Fox followed media reports of the offer. 21st Century Fox offered $80 billion for Time Warner under a deal that would also divest the CNN network, a source familiar with the situation told AFP.