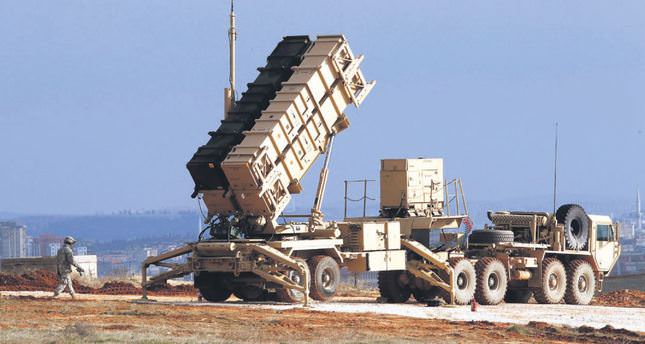 Turkey's military procurement agency Undersecretariat for the Defense Industry (SSM) has recently extended the deadline for a multi-billion dollar anti-missile defense system tender until the end of August to give more time to European and U.S. bidder companies to reconsider their offers.

While the European bidder Eurosam maintains its silence U.S. bidder Raytheon is preparing a new offer. President of Raytheon Integrated Defense Systems, producer of the Patriot Missile Long-Range Air-Defense System Daniel Crowley announced that he will visit Turkey next week to discuss Raytheon's offer. "There is a lot of skepticism about Turkey taking a Chinese system and I am confident in our solution, we hope Turkey will select Patriot," Daniel Crowley told Defense News.

Turkish government officials announced they preferred the Chinese offer due to its competitiveness and potential for co-production in Turkey. However, the company has been on the U.S. State Department's sanctions list since February 2013 due to proliferation concerns.

NATO countries also raised objections to Turkey's move, claiming missile systems within the transatlantic military alliance must be compatible. NATO insists the technology will not be compatible with the evolving ballisticmissile shield being built in Europe.

After Raytheon's new offer it is still unknown how Eurosam will respond. Earlier this year, Eurosam's officials paid several visits to Ankara to increase their chances. In June, Prime Minister Recep Tayyip Erdoğan visited Lyon and the French capital, Paris, and during his visit Defense Minister İsmet Yılmaz was also part of the delegation. French Leader François Hollande and Prime Minister Erdoğan are believed to have discussed details about a potential missile deal and Eurosam's offer during the bilateral talks; however, sources did not provide more information.

Since last September's announcement, the bidding deadline has been extended four times, and the procurement agency SSM is expected to announce the results of the longawaited billion dollar long-range air and missile defense system tender at end of August.
Last Update: Jul 16, 2014 12:40 pm
RELATED TOPICS