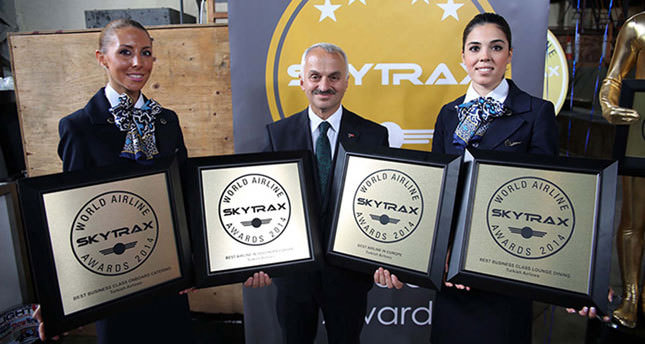 by Daily Sabah Jul 17, 2014 12:00 am
Turkish Airlines was named "Europe's Best Airline Company" for the fourth consecutive year on Tuesday, according to Skytrax's 2014 passenger evaluations. The airline, which offers "Flying Chef " luxury meals to business class passengers on long flights, was described as having the "World's Best Business Class Airline Catering" and the "World's Best Business Class Airline Lounge Dining" in 2014. The awards were announced at the Farnborough Airshow, in Hampshire, southern England.