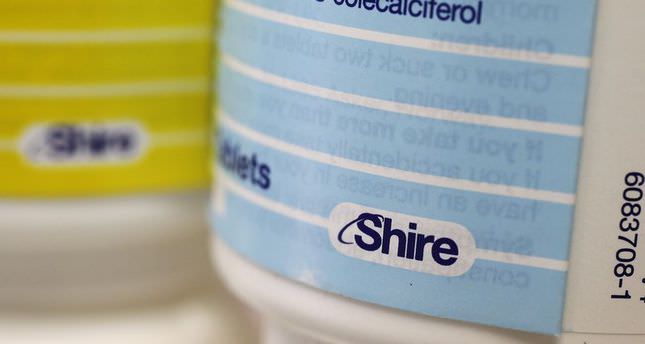 Dublin-based Shire, which sells drugs for rare diseases, said earlier this week it was ready to recommend a deal to shareholders after AbbVie increased its offer.

AbbVie, which is based in Chicago and makes top-selling arthritis drug Humira, boosted its bid for Shire to 53.20 pounds per share on Sunday. Shire has rejected four previous bids.

AbbVie was eager to buy Shire both to reduce its U.S. tax bill by moving its tax base to Britain - a tactic known as inversion - and to diversify its drug portfolio. AbbVie currently generates nearly 60 percent of its revenue from Humira, the world's top-selling medicine, which loses U.S. patent protection in late 2016.

AbbVie's move is the second attempt by a U.S. drugmaker to buy a London-listed rival after Pfizer Inc's $118 billion pursuit of AstraZeneca Plc failed in May over price.

Reuters reported on Saturday that Shire had asked AbbVie to sweeten its offer to near 53 pounds per share so it could recommend the deal. Shire confirmed the news on Monday.