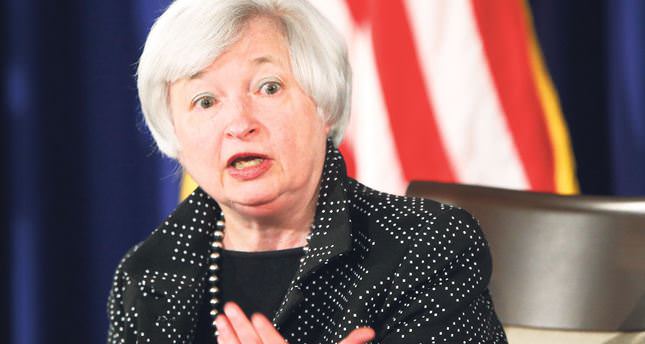 Approaching a historic turn in U.S. monetary policy, Janet Yellen has staked her tenure as chair of the Federal Reserve on a simple principle: She'd rather risk inflation than another economic downturn

Interviews with current and former Fed officials indicate that Fed Chair Janet Yellen and core decisionmakers at the U.S. central bank are determined not to raise interest rates too early and risk hurting the fragile U.S. economy. It's a commitment that will be vigorously tested in coming months as pressure builds inside the Fed, among Republicans on Capitol Hill, and perhaps even in financial markets, for the Fed to acknowledge a strengthening U.S. economy with its first interest-rate increase in more than eight years. A global central bankers' conference in Jackson Hole, Wyoming next week will give Yellen a major stage on which to press her case.

After taking over from Ben Bernanke in February, Yellen has developed a distinct style: off-the-cuff and personable in public appearances, unusually direct in calling attention to the plight of the unemployed, meticulous in her preparation for Fed meetings and highly attuned to the opinions of her colleagues, the Fed sources say.

A common adjective used to describe her in meetings is "over-prepared." She is able to deeply question staff and colleagues about the fine points of their presentations, and so far has been able to forge consensus statements that have satisfied the Fed hawks most concerned about the inflation threat while keeping the central bank focused more on employment.

The nightmare scenario she wants to avoid is hiking rates only to see financial markets and the economy take such a hit that she has to backtrack. Until the Fed has gotten rates up from the current level near zero to more normal levels, it would have little room to respond if the economy threatened to head into another recession. Inflation, on the other hand, is a familiar foe that Fed officials say they are confident they can control with conventional policy tools. "If the Fed were to generate too much economic growth and higher inflation, that is a much better situation to be in than one of a faltering economic recovery and the need to rely even more on unconventional tools," said David Stockton, the Fed's chief economist until 2011 who is now a senior fellow at the Peterson Institute for International Economics. "The Fed knows how to contain inflation if it is moving," he said, while the impact at this point of another downturn "are more uncertain and hard to counter."

The risks of moving too soon, Stockton and others in and outside the Fed say, include snuffing out an already tepid housing market recovery with higher mortgage rates, depressing business investment and durable goods purchases, and triggering sudden declines in asset prices. And after extraordinary efforts to right the U.S. economy after the financial crisis struck, there would likely be little appetite among Republicans or other fiscal conservatives on Capitol Hill to use fiscal policy to counter a fresh recession, making it all the more important for Yellen to avoid helping to cause such a reversal. "The challenge that she and the Fed as an institution face is to support the recovery, because fiscal policy ... is no longer on the table for both political and economic reasons," said David Lipton, first deputy managing director at the International Monetary Fund. "Now that (the economy) is recovering, the challenge is to gauge its strength and make sure it stays on the right path."

The other scary scenario is that a bout of swifter-than-expected inflation could erode three decades of hard-earned confidence that prices will remain under control, which in turn could make it easier for higher inflation to take firm root. The Fed's more hawkish officials also worry that the longer rates remain ultra low the more likely it is that troublesome financial bubbles will form.
Last Update: Aug 14, 2014 2:03 am
RELATED TOPICS