Government working on FTA with US 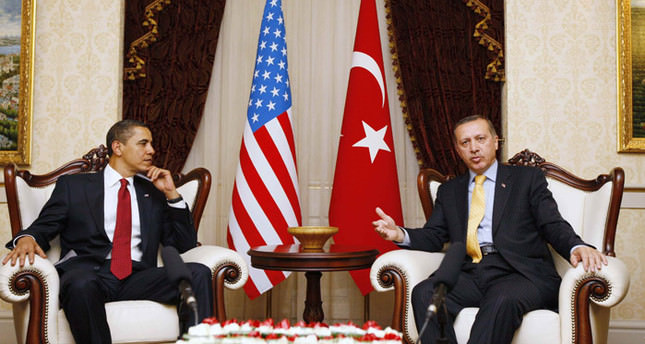 Turkey is working on satisfying the prerequisites needed for a free trade agreement with the U.S., which is seen as necessary to negate the consequences of the EU-U.S. Transatlantic Trade and Investment Partnership deal

Turkey is covering the distance for a free trade agreement (FTA) with the U.S., which is expected to lift the possible negative effect of the Transatlantic Trade and Investment Partnership (TTIP) deal, the signing of which has been discussed by the European Union and the U.S.

According to sources from the Minister of Economy, Turkey's request for a tripartite (Turkey, EU and U.S.) technical meeting has been replied to in the affirmative and the three parties are scheduled to come together in Brussels or in Istanbul in September. Minister of Economy Nihat Zeybekçi stressed that a huge economic zone, which includes the U.S. and all 28 members of the EU, will be formed when the TTIP is put into force. The first step in the FTA with the U.S. was taken during the last visit of President-elect Recep Tayyip Erdoğan to the U.S earlier this year.

According to the Customs Union Agreement between the EU and Turkey, which was signed in 1995, any country that signed a trade agreement with the EU obtains the right of free entrance to the Turkish market with the same privileges of EU counties.

In an interview by Turkish newspaper Sabah, Zeybekçi talked about the particulars of the free trade talks with the U.S. and said, "Countries that constitute 50 percent of world trade have come together and redrawn the global economic map. With the TTIP, the U.S. and the EU have formed a big economic zone. We do not have the chance of being excluded from this map in an atmosphere swept by rapid changes. Our bilateral
talks with the EU are going on."