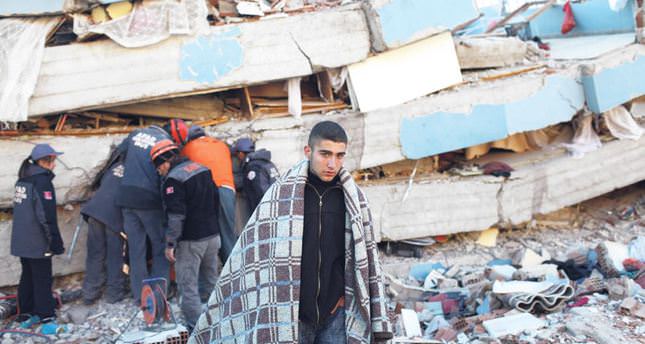 by Daily Sabah Aug 16, 2014 12:00 am
The Mandatory Earthquake Insurance initiated after the Marmara Earthquake in 2000 and as of the implementation of the Catastrophe Insurance Code on Agt. 18, 2012, 2.5 million policies were issued. Now, there are around 6.5 million insured houses accounting for 37% of the 17.7 million houses in Turkey. The Turkish Catastrophe Insurance Pool (DASK) evaluated the developments since the Marmara Earthquake with a magnitude of 7.4 on Agt. 17, 1999 on its 15th anniversary.

The Chairman of the Board of Directors of DASK, Selamet Yazıcı noted that thanks to the Catastorphy Insurance Code, they reached various individuals who have never used any type of insurance products and added that along the requirement of earthquake policies for title deed transactions or real estate loans, now earthquake insurance is also mandatory for water and electricity subscriptions. "It is the first time for many individuals to obtain such insurance. We are not focusing on increasing the number of renewals. Such insurance holders to remain in the system are not only beneficial for DASK but also for the insurance sector in Turkey," said Yazıcı.

Announcing the insurance figures since the Marmara Earthquake, Yazıcı noted that while there were 460,000 insured houses back in 2000, when DASK was founded, today, 6.5 million houses have taken precautions against a damaging earthquake. "While the figures are promising, it is not enough.

We have to increase awareness in this respect," added Yazıcı. "We are hoping that by 2016, the number of houses insured with the mandatory earthquake insurance reaches 10 million," said Yazıcı. He further noted that DASK's success has drawn attention from the world and served as a model for many countries. Especially DASK's accomplishments in payment of losses, its success in a country where the insurance sector is lagging behind; offering insurance coverage with low prices and the high damage payment capacity that includes reinsurance and natural disaster funds and also its successful business model based on collaboration between the public and the private sector has been praised and appreciated in the world.
Last Update: Aug 16, 2014 2:04 am
RELATED TOPICS