Poor buildings in Istanbul should be reconstructed soon 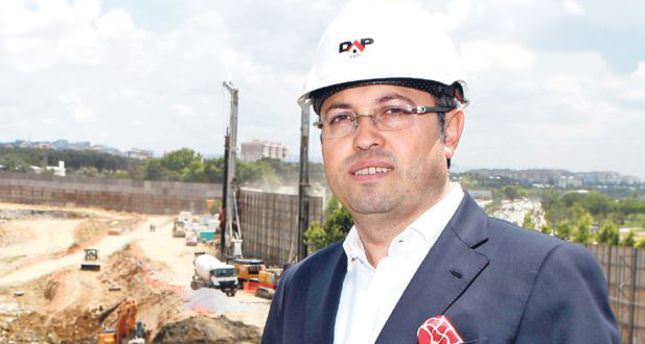 by Daily Sabah Aug 16, 2014 12:00 am
Speaking to the Sabah daily, DAP YAPI Board Chairman Ziya Yılmaz described the 1999 Gölcük earthquake as a milestone for Isstanbul and said, "There are great differences between the buildings that were built before and after the earthquake. Concrete and iron are two basic materials that provide earthquake safety. Generally, there is no problem with iron. As the use of ready-mixed concrete has become widespread, problems concerning concrete have also declined considerably. It is possible to construct safe buildings that are suitable for all types of floors, and they are constructed in Turkey as well."

Yılmaz touched upon the fact that unplanned housing has increases losses in earthquakes. He continued: "Even though new and strong projects are produced across the city, shanty houses still survive - two-story buildings or detached houses. Even more, we see some multi-story buildings that can be called 'shanty houses' in some districts." He underlined the necessity for accelerating urban transformation, as it will contribute to reinforcement of poor buildings that were constructed until the 1980s. He stated, "Although the authorities strive to regenerate Istanbul through urban transformation projects, shanty houses, which are located even among plazas and residences in the most luxurious districts of the city, are still disrupting the urban landscape." Yılmaz also talked about his sincerity in supporting urban transformation projects.

He continued, "As DAP YAPI, we contribute to the beautification of the city with the projects we produce. Cities have the capacity to change themselves; however, if the change does not occur by itself, it should be applied through public intervention. Public intervention is sometimes inevitable in districts that cannot keep up with change and cannot renew themselves."

Yılmaz further noted that urban transformation projects should not be implemented due to architectural concerns alone, as they should be accompanied by social and technical requirements. He stressed the need for a participatory model in which people's lifestyles are not disturbed.

Touching upon the history of squatting in Istanbul, Yılmaz said: "It started in the 1930s, and 70 percent of the city was formed through illegal housing. Unplanned housing has increased the amount of loss in earthquakes." "Many world cities are developing various models while trying to protect their cultural heritage and historical centers. The construction costs in this kind of projects are quite high, as the protection methodologies require expensive technology. The project also includes some different social costs, such as housing benefits and social programs," he added. Yılmaz also noted that the construction sector works in cooperation with 240 sub-sectors that operate in the fields of industry and service. He said: "It continues to be a leading sector in Turkey, even in an atmosphere that is prevailed by economic crisis in a number of countries. It will continue to be leading sector for many years to come due to the requirement for urban transformation."
Last Update: Aug 16, 2014 9:07 am
RELATED TOPICS