Turkey to buy high-tech US missiles 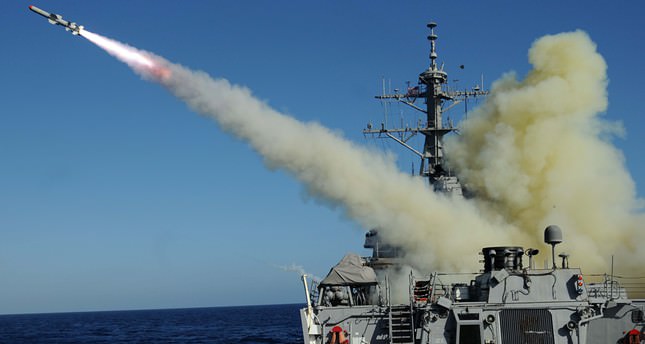 by Büşra Arslan Aug 18, 2014 12:00 am
Turkey made an agreement to buy lethal AMRAAM missiles for $320 million (TL 696 million) from the U.S. The missiles, which have a range of 72 km, can fly four-times faster than its sound velocity and will be used in F-35 and F-16 fighter crafts. Beside the missiles that will go into the inventory of the Turkish Air Force, Turkey is also expected to buy 40 igniters and 10 navigation systems.

Pentagon's Defense Security Cooperation Agency (DSCA) which provides defense material announced that Turkey would buy AMRAAM missiles from the U.S. "Turkey is a partner of the U.S. and selling weapons won't change balances," said the DSCA. The sale of missiles happened after this announcement was made. In other words, before selling defense technology to Turkey, the U.S. conducted research as to whether the sale would change military balances in the region.

Noting that Turkey is a partner of the U.S. to help provide peace and stability in the region, the U.S. Defense Agency stated that "for the national interest of the U.S., it is important to contribute to developing the army of NATO member Turkey to help it be ready to defend itself." Turkey applied to buy 107 AIM-120 C models of these missiles and the sale was approved.
Last Update: Aug 18, 2014 2:43 am
RELATED TOPICS