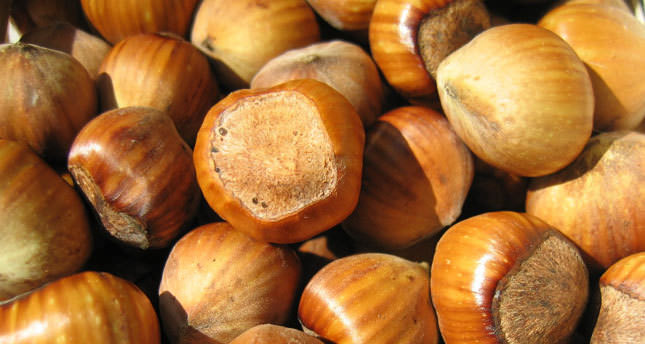 by Daily Sabah Aug 20, 2014 12:00 am
The frost that hit Turkey's hazelnut production last March will have a great impact on the production of the world 's favorite spread, Nutella, according to its producer Ferrero, one of world's biggest
consumers of the nut.

Among the most important agricultural products of Turkey, hazelnuts were damaged by a harsh frost this year. Normally, Turkey provides 70 percent of the world's supply, but this year's crop is quite low and this will affect Nutella maker Ferrero the most since it is one of the largest hazelnut buyers in the world. Oregon hazelnut growers are the only ones who benefitted from the situation since buyers will probably rely on them.
Last Update: Aug 20, 2014 1:58 am
RELATED TOPICS