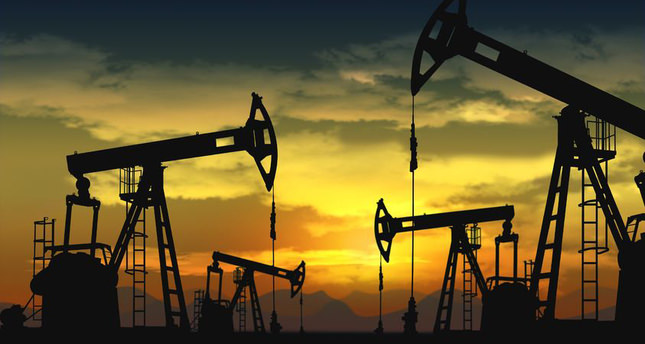 by AA Aug 22, 2014 12:00 am
The issue facing the Kurdish regional government of where to store its oil -- a problem that it has temporarily solved by pumping it to Turkey and from then loading it onto tankers and selling it -- could be solved by storing it permanently in tankers offshore, say regional energy experts.

The Kurds have been pumping their oil to Turkey since May, after their repeated appeals to sell the oil directly were rejected by the central government in Baghdad.

Seven oil tankers have left Turkey's Mediterranean port of Ceyhan, (which has the maximum storage capacity of 2.5 million barrels). However, so far only one of those tankers has been sold. Baghdad said the sale of the oil is illegal and has taken the case to an international arbitration court. The Kurdish government and Turkey state that the sale is in compliance with the Iraqi constitution.

"The KRG wants to sell the oil, but if buyers change their minds due to current pressure from Baghdad, the option is open but not ideal," said Zulal, using an abbreviation for the Kurdish regional government.

There are some discussions about increasing storage capacity in Ceyhan or for sending some of the crude sent to neighboring countries for storage," Zulal said.

However, increasing the capacity in Ceyhan port does not resolve the immediate question for the Kurds, says Ayham Kamel, the Middle East and North Africa director at Eurasia Group in London, a political risk research and consulting company.

"The option of building additional storage capacity in Ceyhan is costly and there is a time issue since it would have to be commissioned and constructed," Kamel says.

An alternative solution for Kurds, according to Kamel, is to produce less oil.

"The KRG can decrease the oil production and oil flow from the pipeline, and not produce at full capacity from the fields," Kamel said.

"Tanker storage is more realistic option since tanker rates are low at this point," he said. "They can increase tanker storage little by little, but they can't just hire tens of tankers."

Oil export from the Kurdish government to Turkey's Ceyhan port started on May 22 and Turkey has transferred 6.5 million barrels of Iraq oil to international markets.

Mohammad told the Anadolu Agency in an interview that the payments for the oil sales are being deposited at Halkbank first, a Turkish lender. He added that the money is then transferred to International Bank of Kurdistan in Erbil.

Responding to a question on Kurdish economy, Mohammad said Kurdish region's economy has been going downhill since the attacks by Islamic State militants started.

The minister also underlined that the central government in Iraq also has been denying to pay the Kurdish government's share from Iraqi budget for the last eight months.

After the Iraqi central government suspended funds from oil income to the Kurdish administration, Erbil went on to export oil in late May saying it would serve as compensation for the budget cut.

Mohammad underlined that the Kurdish administration would try its utmost to secure its share of budget, when the new government in Iraq is established.

"Otherwise, the KRG will not be a part of the [central] government," he said, using the an abbreviation for the Kurdish regional government.

The U.S., Turkey and Iran, as well as Iraq's Kurdish, Sunni, and Shiite groups have welcomed al-Abadi's nomination. He has to form a unity government within a month.