Gülenist Bank Asya may not survive financial clamp down 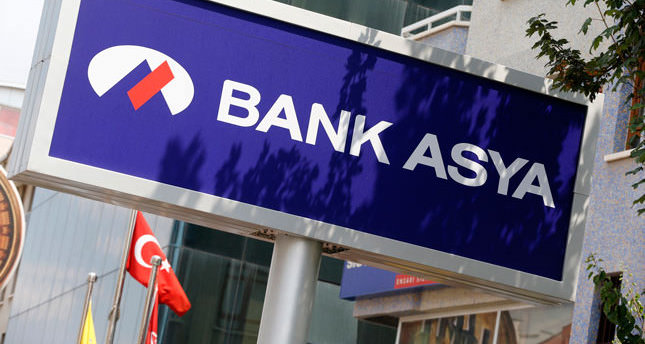 by Daily Sabah Aug 26, 2014 12:00 am
Bank Asya, which is known for its close ties with the Gülen Movement, is now in an even more critical condition after the Central Bank of the Republic of Turkey (CBRT) issued a "warning letter" to the Banking Regulation and Supervision Agency (BDDK), according to the findings of Turkish newspaper Sabah. The bank faced a TL 6 billion deposit outflow and a TL 7.6 billion decrease in assets as well as an 81 percent drop in its profits in recent months. Furthermore, the default loan amount of the bank has reached TL 1.5 billion and the rate of loans being followed up has increased to 10 percent, which is considered a critical level by analysts.

If it is determined that the problem is permanent and cannot be overcome in the short run, the management of the bank might be seized by the Saving Deposit Insurance Fund. The preliminary examination report will be submitted to the BDDK on Wednesday and discussed at the Board meeting on Thursday. The comptrollers will investigate default debts, outflow of deposits and whether reserves are set aside for the loans.

The TL 5.8 billion deposit outflow observed within the last six months might also not be reflecting the real scenario. It is claimed that the deposit outflow is over TL 7 billion but has been concealed in order to show a higher capital adequacy ratio. The bank might need urgent capital inflow. A liquidity deficit in the bank was also indicated in the financial report of Güney Bağımsız Denetim ve Serbest Muhasebeci Mali Müşavirlik Anonim Şirketi. The company, which audited the financial tables of the bank, noted as of June 30, 2014 that the participation funds withdrawn were mostly met by a collection of loans. The auditing firm also noted the importance of the maturity dates of asset and liability items.

Bank Asya still keeps TL 2.28 billion at the CBRT and according to the six month balance sheet, the total deposit volume of the bank is TL 7.6 billion with TL 6 billion in foreign currencies, adding up to TL 13.64 billion in currency assets.

The international credit rating agency Moody's also decreased Bank Asya's credit rating from "Ba2" to "B2" and financial power note from "D-" to "E+." According to the statement from Moody's, the reasons for lowering the credit rating of the bank was the decrease in the bank's papers, negative asset quality trend, volatility in funding and the decrease in profitability.

It further stated that due to the uncertainties with deposits, the bank plus the financial power note is now under scrutiny for a further decrease. The bank's profitability rates have been dropping and the asset quality has been suffering. "This deterioration trend in its finances causes the bank's bills trade at the stock market to decrease as well," stated the note.
RELATED TOPICS