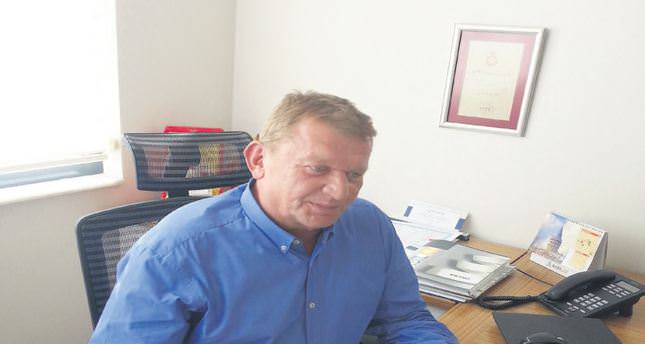 The Gülen Movement's followers in Africa interfere in non- Gülenist businessmen's activities and force them to pay exaction, a Turkish businessman whose investments were sapped says

When the founder of Babilax in Ankara, Mustafa Cem Özdemir, who lived in Los Angeles for many years before settling down in Turkey, wanted to do business in Africa but ran into a series of obstacles. Because he didn't want to become a member of controversial imam Fethullah Gülen's movement, and didn't agree to give any money to them under the guise of charity, his attempts to do business in Africa were blocked. Speaking to Turkish daily newspaper, Sabah, Özdemir explained what happened.

Daily Sabah: When did you decide to go to Africa?

Mustafa Özdemir: I lived in Los Angeles, U.S. for years and then decided to utilize my savings in Turkey. I founded Babilax Proje Yatırım ve İnşaat Company here. In November 2012, I went to Rwanda for business.

We drew the contract for the construction of a stadium with a capacity of 40,000 from the Ministry of Sports, along with upgrading two other stadiums to FIFA standards. The Rwanda government provided a 55-hectare piece of land for the project. We were going to use 8 hectares of this land build the stadium with the remaining planned to be used for an entertainment park and a hotel. The job was contracted for $120 million (TL 259 million). After the start of the negotiations, we rented an office in Rwanda and set up a team. Right around that time we got a call from someone called İnanç Çiftçi at our Ankara Office. He said, "We've heard that you started doing business in Africa. You cannot do it without our permission. I wouldn't allow anyone to waste African Money." So I said, "We didn't know we had to ask for your permission."

There was the Hope Kids Academy that was opening up schools in Rwanda around that time which was also close to the Gülen Movement. Adem Şanlıtürk of Hope Kids Academy paid us a visit as well to inform us that they are establishing a businessmen association in Rwanda and asked me to join as well. But my reply was, "I don't want to be involved with you."

Then, I did my research on İnanç Çiftçi and found out that he was a member of the Turkish Confederation of Businessmen and Industrialists (TUSKON) and also a consular agent in Rwanda. The same person called us in March as well and threatened us by saying "I will finish you in Rwanda, I will wipe you out of there." Why would a consular agent be so much involved in trade?

DS: Did they ask for money as a favor?

MÖ: They didn't ask for money but they wanted me to become a member of their association and be involved with them. I know if I became a member, then they would start asking for money for their organizations or schools.

DS: So what did you do after Çiftçi's phone call?

MÖ: I explained to him that I wouldn't take any money from Rwanda. To the contrary, I would be investing there myself. But he said, "I know what I need to know about you." Then he started a slandering campaign in Rwanda about my firm.

DS: What kind of things did they do to slander your company?

MÖ: They wrote to Çiftçi, the ministries of sports and infrastructure saying that Babilax does not have the necessary skills and experiences to undertake such works. There are security agencies that examine foreign companies. Their head is also the right-hand man of Rwanda's president. They invited us over to let us know that there have been some negative reports on us. So we asked them to request documents on us from the Turkish government. Through the embassy a letter was sent to the Ministry of Foreign Affairs.The Ministry then obtained a report on us from the Ministry of Trade and delivered it to Rwanda. On one side the personal report of the Gülenist consular agent, Çiftçi and on the other side legal documents issued by official authorities of the Turkish Republic.

DS: Did they disregard the official documents?

MÖ: At that time the Gülenists spread the rumors that we were collaborating with the security agency and the manager of the agency did not take the legal reports into consideration. Then, the Rwandan embassy opened and the Gülenists reached an agreement with Consul Caesar Kayizari; turning him against us as well.

DS: Couldn't you start your investment?

MÖ: Projects were prepared at this stage. We spent $1.5 million. Despite all the slandering, we signed the contract with the Ministry of Sport on Nov. 6, 2013. We presented our project to the ministries of infrastructure and sports and they were very pleased with it. However, at the start of April, we received a letter from the investment agency in Rwanda informing us that we were removed from the project.

DS: What was your reaction?

MÖ: We are preparing to sue the Rwandan government. When we realized that they have such an effect on state agencies, we decided to do business with the private sector.We started a school and dwelling Project.Then, they prevented us from obtaining a loan from the local bank. The person we were to implement the school project with terminated the contract. In other words, wherever we went, they prevented us from doing any sort of business. We then decided to try doing business with Angola but all doors were shut to us because of the slandering campaign in Rwanda.

DS: Did you speak to Çiftçi afterwards?

MÖ: No. My company is the only Turkish company that is not a Gülenist firm. I didn't believe they would go this far. They caused financial damage to my firm. They made me regret coming to Turkey. I lost money, I lost contracts, my building sites had to be abandoned and I couldn't get my progress payments.