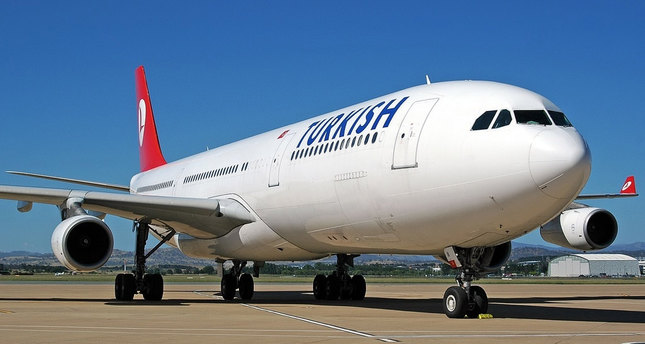 by AA Sep 16, 2014 12:00 am
Four million more passengers chose to fly with Turkish Airlines (THY) in the first eight months of this year than the same period last year, according to a statement released from the company on website of Public Disclosure Platform (PDP) on Tuesday.

PDP is a system designed to allow everyone to have access to correct, timely, fair and complete information about the Borsa Istanbul companies, over the world wide web.

Total passengers of Turkish Airlines increased by 14.8 percent in first eight months of the year compared to same period of last year and reached to 36.4 million from 31.7 million according to the statement.

During the mentioned period, number of international passengers rose by 14 percent while domestic passengers increased by 16 percent.