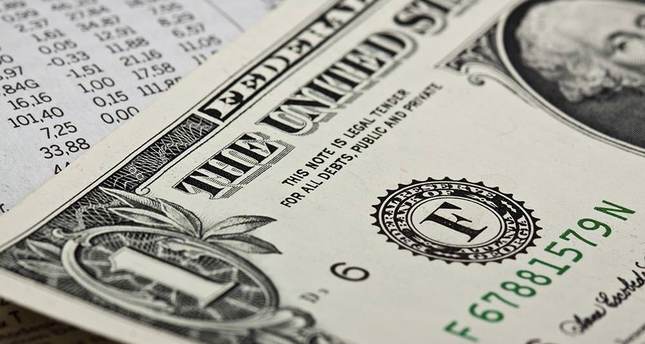 by Anadolu Agency Sep 17, 2014 12:00 am
The US dollar rose to a six-months high the Turkish lira(TRY) with 2,23 amid speculation on whether the Federal Reserve will change its pledge in a policy statement to keep interest rates low for a 'considerable time.'

The Fed said on Wednesday, it intends to keep its benchmark rate near zero as long as inflation remains under control, until it sees consistent gains in wage growth, long-term unemployment and other gauges of the job market.

The central bank retained language signaling its plans to keep short-term rates low for a time after it ends its monthly bond purchases after its next meeting in October.

Stock prices rose after the Fed issued a statement at 2 p.m. Eastern time after a two-day policy meeting. Traders appeared pleased that the Fed seems in no hurry to raise rates. The yield on the 10-year Treasury note ticked up to 2.59 percent from 2.56 percent before the Fed's statement.

The Fed also issued updated forecasts for growth, inflation and interest rates. The median short-term rate supported by Fed policymakers at the end of 2015 is now 1.38 percent, up from 1.13 percent at its June meeting.

The Fed expects slower growth this year and next than in its last projections issued in June. It predicts that the economy will grow about 2.1 percent this year, down from their June forecast of roughly 2.2 percent.

That reduction likely reflects the sharp contraction in the first quarter of this year. The economy has rebounded solidly since then.
Last Update: Sep 18, 2014 5:34 pm
RELATED TOPICS