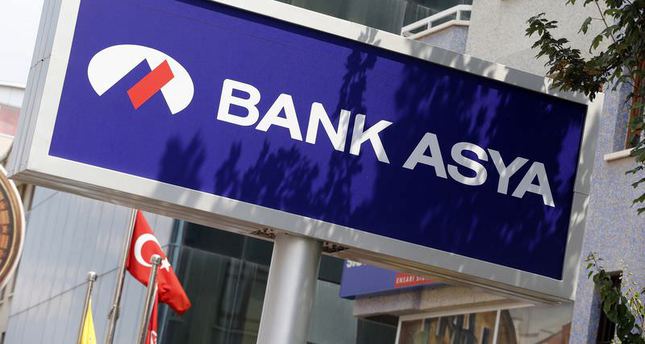 by Hazal Ateş Sep 18, 2014 12:00 am
The fate of the Gülen Movement-affiliated Bank Asya will be decided by relevant authorities today. Reportedly, the Banking Regulation and Supervision Agency (BDDK) will make the ultimate decision about the future of the bank in today's board meeting.
The bank, which has hit rock bottom in the stock market, will be evaluated in the light
of audit reports whether it has fulfilled its obligations over the past 10 days.

The reopening of the bank's shares for trading on the stock market has entered the third day, becoming the most unprofitable equity share. BDDK President Mukim Öztekin and board members will evaluate sovereign risk, the bank's deposit outputs, non-performing loans, developments in the course of liquidity and whether it has made a provision for loans in today's meeting. The BDDK will also analyze speculations about the dollar for customers and claims that deposit outputs were hidden to show a high capital adequacy ratio.

The board members were asked for full participation during the meeting. There are rumors in lobbies that there is dissension among BDDK President Öztekin, board members and the economy administration. According to Banking Law, if any distortion is found in the bank's liquidity course, Article 71 will be applied and the bank, whose official authorization is removed, will be transferred to the Savings Deposit Insurance Fund (TMSF).

The BDDK wants remedial measures taken as part of Article 71; but, there are rumors that the bank's administration may be changed next week. If risks escalate, the BDDK may demand that the bank restricts or suspends its activities, including its organizations and branches. The BDDK has the authority to restrict activities that bring loss and to put low or non-performing assets up for sale. It also has the authorization to depose and reshuffle some or all general managers and assistant general managers.

The same article offers an alternative to unite with one or several banks. It is difficult for Bank Asya to be transferred to another bank or institution in commercial ways. This offer was not supported due to the anxiety that it will be perceived as the state allocating funds. A formula is sought so that small investors in the bank do not suffer.
Last Update: Sep 18, 2014 1:21 am
RELATED TOPICS