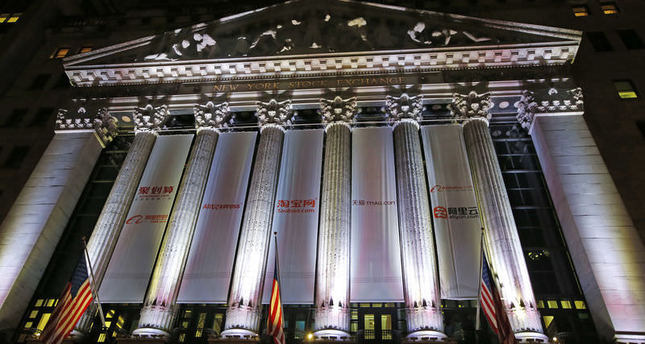 by Associated Press
Sep 19, 2014 12:00 am
Alibaba's stock is rising 36 percent in the Chinese e-commerce powerhouse's debut as a publicly traded company.

On Thursday, Alibaba and the investment bankers arranging the IPO settled on a price of $68 per share. The company and its early investors raised $21.8 billion in the offering, which valued Alibaba at $168 billion in one of the world's biggest ever initial public offerings.