Turkey, US to exchange banking data 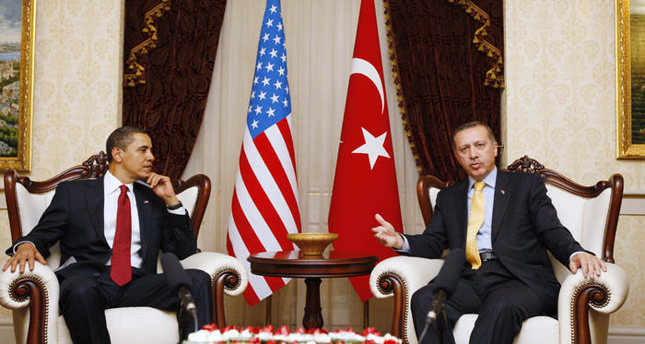 by Daily Sabah Sep 19, 2014 12:00 am
Turkey and U.S. will undersign a contract, the Fair and Accurate Transactions Act (FACTA), that will enable personal bank information to be shared mutually between the two countries. The intergovernmental agreement (IGA) is expected to be signed in October and the internal law procedures will be completed at the end of 2015.

When the agreement enters into force, the bank account information, movements and balance information belonging to U.S. citizens residing in Turkey, green card holders and any individual or entity that is commercially active in Turkey will be shared with the Internal Revenue Service (IRS) and the U.S. will also provide information on Turkish citizens living in the U.S. The authorities of the IRS who spoke to Reuters noted that the intergovernmental agreement to be signed between the two countries is almost ready and is expected to be signed in October.

A senior authority of the IRS stated that with the implementation of FACTA in 2010 in the U.S, each country has begun work to adapt their own regulations accordingly and the concrete steps were first taken at the end of 2012 and added, "Within the scope of the information exchange regulation, which is a branch of FACTA, the main frame of IGA and now at this stage, the text of the agreement is almost ready. The text is being translated currently and the American committee will be visiting Turkey on September 25-26, and while there is no set time, the IGA is expected to be concluded in October."

In order for the IGA to be valid in terms of internal codes, it first has to be accepted by the Grand National Assembly of Turkey (TBMM) and then will be signed when both countries accept that the other is competent in terms of data safety and infrastructure.

Another expert noted that before the agreement comes into force, the articles of the Banking Code that regulate data safety need to be revised along with many other revisions that will be required depending on TBMM and when the business schedule is considered. This cannot take place before the end of 2015 or beginning of 2016. The IRS authorities note that it is technically intense and therefore, taking time. The same expert stated that discussions with financial institutions and parties that will be directly affected and it has not been revealed to the public, "We are continuing operational and technical infrastructure works with various international audit firms and financial public institutions. "We will also be in touch with the Banking Association."

FACTA, which was implemented in order to prevent tax evasion by recording all financial assets of American citizens and companies, entail assets belonging to American citizens that are above a certain level to be reported to IRS. In order to exchange information as stated by this American law, an intergovernmental agreement has to be signed with each country in order to overcome problems that may arise due to the data confidentiality codes of the related country.

This model agreement has been signed with 42 countries and the discussions are ongoing with 59 countries. The agreement entails the name, address, account number, the reporting financial institutional information, the account balance at the end of the reporting period and whether the account is closed at the end of the reporting period need to be immediately reported when requested. Sources note that the agreement is of more importance now after the Dec. 17 and 25 coup attempts of Fethullah Gülen movement.
Last Update: Sep 19, 2014 2:47 pm
RELATED TOPICS